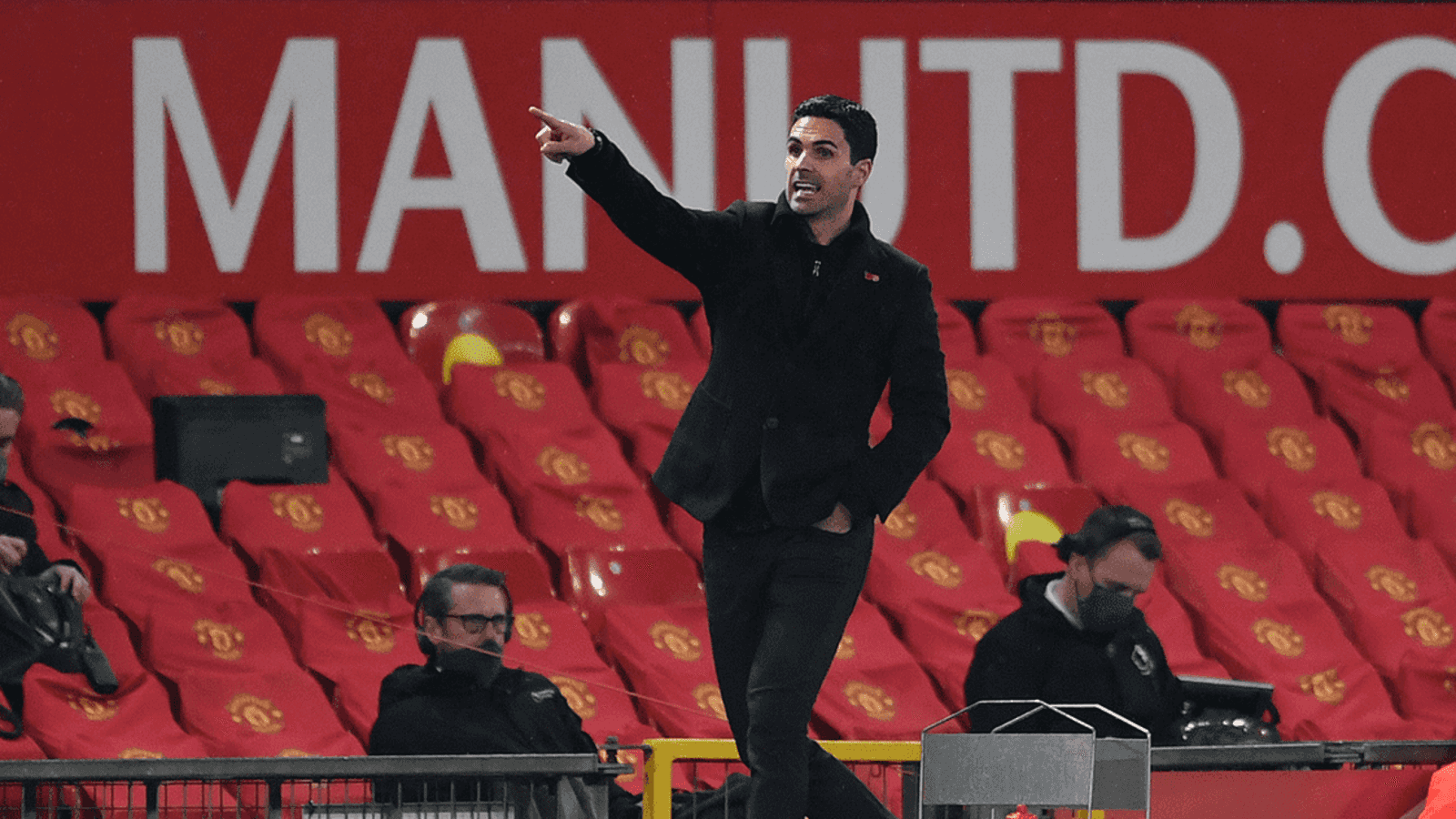 While the Red Devils have only beaten us once in our last eight meetings, victories at Old Trafford have been scarce for us in recent times, with just one win claimed from our last 15 Premier League trips to the venue.

However that came in November 2020 with Mikel Arteta at the helm, and he’ll bring a team filled with confidence and fighting spirit to Manchester aiming to keep our 100 per cent run intact.

Ahead of his first campaign at the helm, Erik ten Haag has moved quickly to try and rejuvenate his squad. Tyrell Malacia and Lisandro Martinez were recruited from the Eredivise while Christian Eriksen arrived on a free transfer, with big names such as Paul Pogba, Juan Mata, Nemanja Matic, Edinson Cavani and Jesse Lingard all being released.

However, shock defeats to Brighton and Brentford in the opening two games forced a rethink, which has led United to win three Premier League games in a row for the first time since December. A 2-0 win against Liverpool in their last Old Trafford outing helped heal some wounds, before beating Southampton and Leicester City with 1-0 scorelines.

£142 million has recently been spent on Casemiro, Antony and Martin Dubravka, while deadline day came and went with Cristiano Ronaldo still at the club, whose future has been surrounded by speculation all summer.

What the managers say

Arteta on United: “When you look at the squad that they have, the players that they have signed the amount of money they have spent in the market, it is no surprise – they are going to win a lot of football matches.

“The history of Manchester United tells you this is going to happen. They are a big rival, we know that and we are going to compete with them.” – read every word from Arteta’s pre-match press conference

Ten Haag on us: “I have seen Arsenal, a tough opponent, they have started really well as we all know in the season, and you can see there is a team who are a long [time] together, with a coach who brings his philosophy in the team.

“So, this is a good test and I’m really looking forward to it. We will pick the right XI to start but as you see, it’s not only a team, we have a squad and also, [against Leicester], the subs who came on did really well so I’m happy with that. “

We will be without Thomas Partey (thigh) and Mohamed Elneny (hamstring), while Arteta admits he is still unsure as to whether Martin Odegaard and Aaron Ramsdale will be available – more on our injuries

New signing Antony could play some part having now been registered, but Anthony Martial has an Achilles injury and will miss out, while Victor Lindelof is back in training but lacks match sharpness.

Cristiano Ronaldo has scored seven goals in his last eight games against us in all competitions, netting home and away last term.

United are one of just three sides Gabriel Jesus has faced in the Premier League but not scored against, along with Cardiff City and Brentford. The Brazilian has played 454 minutes in nine games against the Red Devils.

Jadon Sancho has scored two goals in his last three Premier League appearances, as many as he had in his previous 21.

United have kept just one clean sheet in their last 16 Premier League meetings with us, a goalless draw at the Emirates Stadium in January 2021. At home, they’ve conceded in their last eight against us since a 1-0 win in November 2013.

We are looking to keep a clean sheet in our first three away league games for only the second time in our history, which came in 1995/96.

United have lost their last three Premier League games on a Sunday – it’s their longest losing streak on this day in the league since a run of five between December 1989 and November 1990.

Each of our last nine Premier League goals have been left-footed strikes, the joint-longest run by a team in the competition’s history (Leeds between August and November 2021).

United have received more yellow cards than any other Premier League side this season (17).

Paul Tierney is the man in the middle for this game, who oversaw our 3-0 defeats to Tottenham and Crystal Palace towards the end of last season, as well as the 2-0 loss at Chelsea.

However, we have won six of the 13 games the Lancashire-born official has taken charge of, the last of which was a 3-1 win at Leicester City back in February 2021.

Last season saw us edged out by a 3-2 scoreline as Ronaldo’s penalty secured a win for the hosts, despite Emile Smith Rowe giving us the lead and Martin Odegaard levelling at 2-2.

Our previous visit saw us claim our first win at the venue since 2006 as a Pierre-Emerick Aubameyang penalty clinched a win for Arteta behind closed doors, while the Gabon striker grabbed a point by cancelling out Scot McTominay’s goal in a 1-1 draw back in September 2019.

Tune in from 3:30pm for all the perfect Gooner-related pre-match build-up, including an in-depth look back at Wednesday’s win against Aston Villa and a check in with Frimmy at Old Trafford.

Then it’s over to Dan Roebuck who will guide. usthrough all the on-pitch action from 4:30pm.