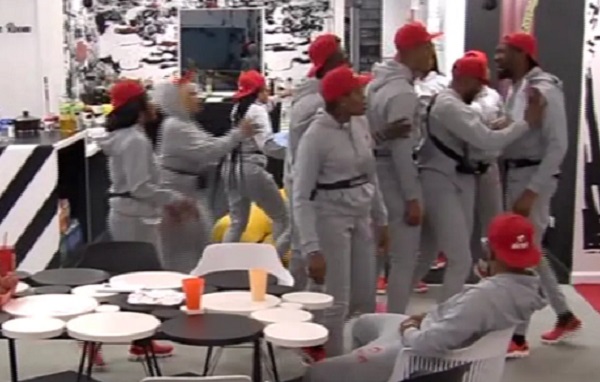 The Big Brother Naija (BBNaija) season seven house was left in a state of commotion on Wednesday night after Deji and Groovy almost got physical during a heated confrontation.

The altercation started after a task in the arena in which Biggie, the instructive voice behind the show, asked Phyna to moderate a question-and-answer game between two teams.

The rule of the game stated that the moderator would ask a question and the first team to hit their buzzer would be allowed to answer.

Groovy and Eloswag represented their team while Doyin and Bella came out for the other team.

Groovy and Eloswag — without hearing the question correctly — had buzzed first and asked Phyna to repeat the question.

The other housemates afterward accused Phyna of partiality, alleging that she favored them because of her relationship with Groovy.

When the game ended and Biggie asked the housemates to return to the house, Deji confronted Phyna and claimed she was “being emotional” because of Groovy’s presence on the other team.

Deji’s allegation did not sit well with Groovy, who felt they won “fair and square.”

Tempers began to flare as the two men engaged in a heated war of words that required the intervention of their fellow housemates who prevented it from escalating to a physical fight.

Watch the video below: