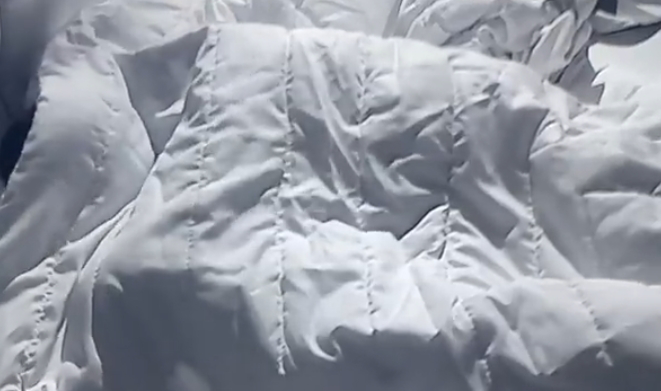 The lovey-dovey relationship between Dotun and Daniella, the BBNaija season seven housemates, has become a subject of conversation on social media platforms.

Dotun, who won the head of house (HoH) games for week six, picked Daniella as his deputy. The win also grants the pair the opportunity to share the luxury HoH lounge for a week.

But in a now-viral video, the reality stars could be seen cuddling and caressing each other under the sheets.

I will say it again Dynamites and Daniella deserves Dotun lol.

The video has sparked a wave of reactions and conversations on social media platforms, especially Twitter.

The conversations were premised on the fact that Daniella was also romantically involved with Khalid before he was sent packing from the show on August 14.

Khalid had earlier said his relationship with Daniella is beyond the show.

“Daniella just showed a certain level of something I don’t know. We connected well. Initially, I wanted to be like no I’m here for the game but I just remembered that the second reason I’m here is to have fun. So there’s hope for things to continue outside,” he had said.

He also denied claims that he had sex with Daniella, adding that they only “kissed aggressively”.

“My body is a temple. It was just aggressive kissing on the show. We didn’t forget the cameras but I didn’t neglect my feelings,” he had said.

Here are what some users had to say on Twitter:

Khalid used his media rounds to deny everything they had under duvet with #Daniella just to protect her a day after #Dotun had his way with her he has gone to tell Deji he finally found his way with her, the difference between a gentleman and a fuck boy #bbnaija

I am highly disappointed in Daniella. After all the capping,she still fucked up. I don unstan am sha becos I no dey stan nonsense! I know some u will defend her becos na rubbish una like to dey defend. Please tell her to #ReturnKhalidNecklace then continue defending her #BBNaija

You disapproved of Groovy and Phyna relationship,

But you approve of Daniella and Dotun relationship.

You’re the no 1 hypocritical and confused person in the world.

Daniella we all know she’s very intelligent, but you see self control? It’s very very far from her!!#BBNaija7

Daniella she ain’t married to Khalid or even engaged….we all know that BBN Shipping once one get evicted the ship die…stop trying to ruin her game by judging her with unnecessary things…Face your front!

Daniella is the reason you shouldn’t kill yourself because of woman, she will still sleep with another man if you d!e coz of her. #BBNaija

Daniella is not married, it’s her body,she can do whatever she likes, I agree… but where was this energy when it was Phyna? All of you should add hypocrite at the back of your name #BBNaija #BBNaija7

Las las all our favs are dangerous, no one is clean and better choose your own and keep it moving 😂we are hypocrites oo.The so called innocent daniella is busy under the duvet with dotun. Aww poor Khalid. Let me VOTE FOR PHYNA.The way y’all dragged Phyna😂 #BBNaija #BBNajia