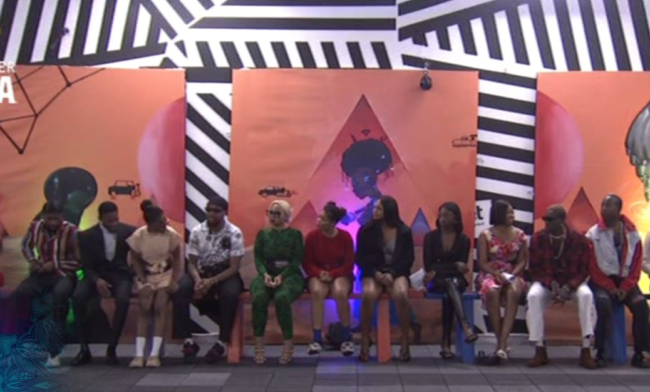 Rachel, Chizzy, Bryann, Doyin, Eloswag, Phyna, Chomzy, and Bella are the housemates up for eviction this week on the ‘Level Up’ edition of the BBNaija show.

Shortly after the HoH game, Biggie informed housemates to nominate three of their colleagues for possible eviction.

As instructed by Biggie, no housemate is expected to reveal the names they put up for eviction to anyone.

Rachel and Chizzy got 7 nominations — the highest — followed by Adekunle and Eloswag who were nominated six times.

Bella and Doyin got five nominations each while Chomzy and Phyna had three apiece.

At the end of the exercise, Biggie announced that Eloswag, Rachel, Chizzy, Adekunle, Bella, Doyin, Chomzy, and Phyna are up for possible eviction.

However, with the privilege that comes with the Head of House (HoH) title, Hermes was given the veto power to save one of the nominated housemates and replace them with another.

The HoH then saved Adekunle and replaced him with Bryann.

By the virtue of being riders, Rachel and Chizzy were announced for possible eviction but won’t be eligible for fans to vote for as they would remain in the house till the last day.

The winner of this year’s edition will walk away with a grand prize of N100 million — the highest ever since the inception of BBNaija.