The BBNaija Level Up season has proven to be very hot, with back-to-back highlights from the housemates.

However, some of these highlights are in form of punishment when the housemates are issued strikes for breaking house rules.

Before all 24 housemates were let on the show, they were given a rule book to read to enable them to get familiar with the dos and don’ts of the show. 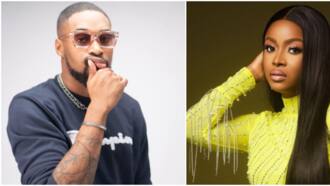 Mr and Mrs Ikoyi: 4 times BBNaija’s Bella and Sheggz have stirred reactions with their relationship drama

Despite that, some of them have not adhered to all the rules and they got strikes and were even disqualified for it.

Today, Legit.ng will be taking a look at all the housemates who have been issued strikes so far and what they did to deserve it. See below:

Barely two weeks into the BBNaija Level Up season, one of the Level 2 housemates, Beauty, was issued her first strike after her fight with her co-star, Ilebaye, got physical as she removed her cap and wig.

Sadly, that was not all. Beauty was eventually disqualified after she was issued a double strike for getting violent during a fight over Groovy. This came as a surprise to many.

Another BBNaija Level Up housemate who got a strike was Amaka. The young lady was punished for her incessant microphone infringement that she refused to stop despite getting warned on several occasions. 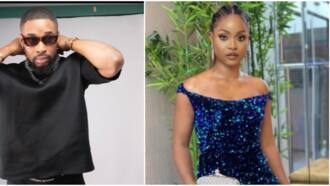 “Is that your love language?” Moment Ebuka tackled Bella for letting Sheggz hurl abusive words at her

She was eventually evicted from the show after her fellow housemates voted her out. The circumstance surrounding her leaving was controversial as fans debated on social media whether or not it was fair.

Bella got into a very heated fight with her co-star, Rachel, while defending Sheggz. She was found guilty of provocation after she carried a plate of food and put it in Rachel’s face which led to it pouring all over the floor. Rachel, on the other hand, was let off with just a warning.

Sheggz was issued a strike on the same day as his BBNaija bae, Bella. He was found guilty of disobedience and insubordination over how he carried out the Tail of House tasks for two consecutive weeks.

While these four housemates are the only stars who got strikes, other housemates such as Chichi, Rachel and Ilebaye came close and got only warnings. 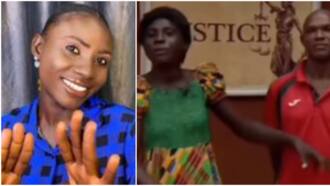 “It’s giving Bella and Sheggz”: Reactions as ‘bunch of women’ star thanks court for reuniting her with husband

Chomzy tackles Groovy for quickly moving on from Beauty

The BBNaija Level Up housemates recently got into an interesting conversation about a disqualified housemate, Beauty.

Recall that Beauty got sent packing after just two weeks because she got violent during a fight over Groovy, her boo in the house.

Chomzy made sure to ask hard questions and told Groovy that Beauty got disqualified because she was in love with him. She noted that he did not give her respect by waiting at least one week before moving on.

Groovy, however, defended himself by saying he owed Beauty no loyalty.