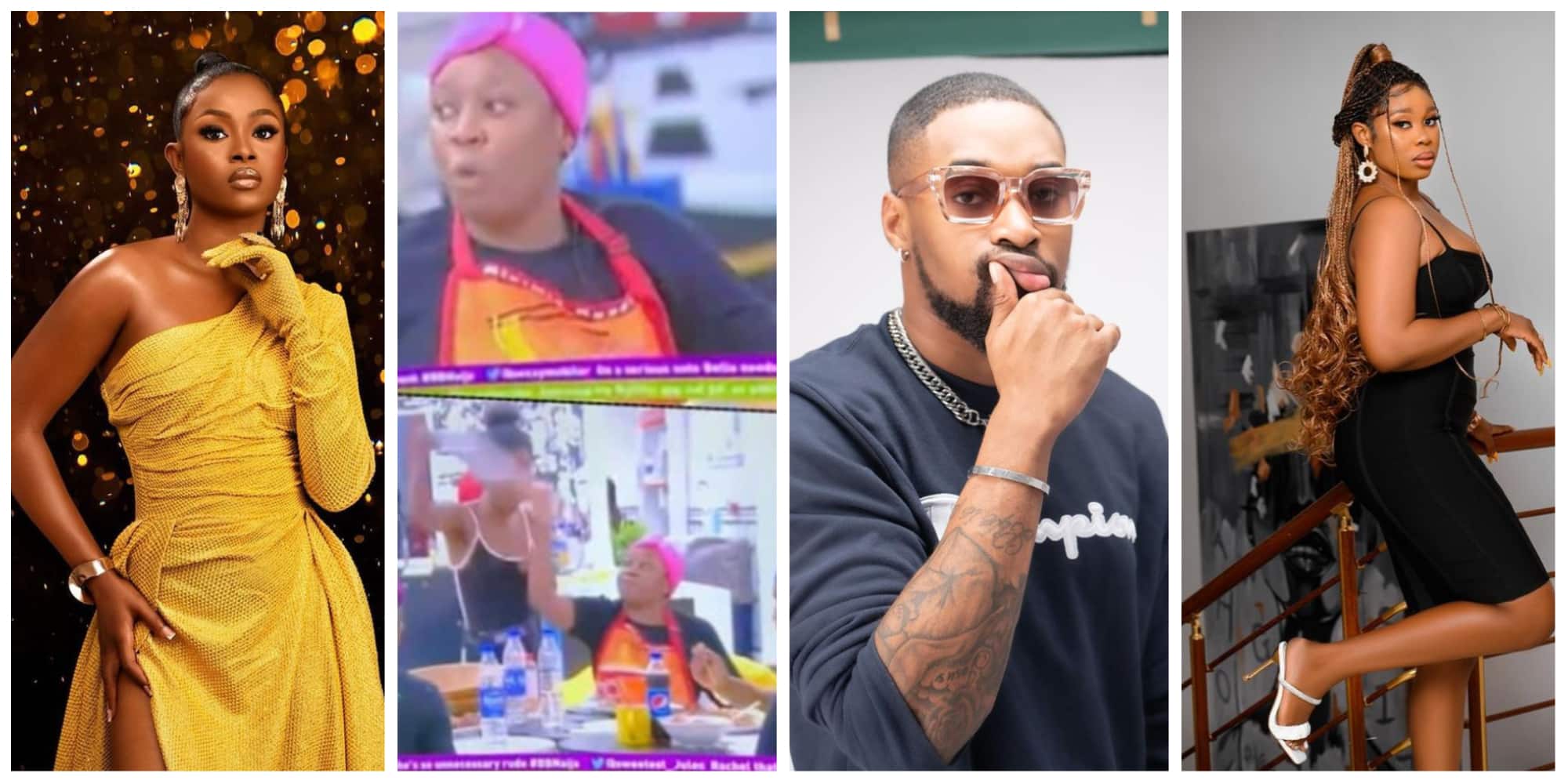 Big Brother Naija Season 7 Housemate, Bella, risks getting a strike over a messy fight with her colleague, Rachel.

Naija News reports that Bella and Rachel got into a heated argument on Wednesday night, with the former pouring food on the table during the outburst.

The fight began when Sheggz attacked Rachel for serving Bella’s food in a particular way and referred to her as stupid.

Without holding back, Rachel who seemed angry with the statement hurled insults at Sheggz and even extended it to his family and generation.

In the midst of the argument, Bella who was offended by Rachel’s harsh words to Sheggz angrily took the food and placed it before her (Rachel) demanding that she collects it.

As tension heightened, Bella’s hand lost control of the plate and she poured the rice on the table which ushered in another phase of intense exchange, with Sheggz vowing to deal with Rachel if she failed to apologise to him.

Meanwhile, former housemate, Tacha, has taken to social media to brag about sponsoring her ‘baby girl lifestyle’, all by herself.

The disqualified housemate in a post shared on the microblogging platform, Twitter, claimed that some people are pained that men aren’t sponsoring her finances.

According to Tacha, she will continue to make noise about her achievements because making money as a woman in today’s society is not easy.

The reality TV star said that she would continue to be an inspiration to young girls adding that a lady does not need men to succeed.