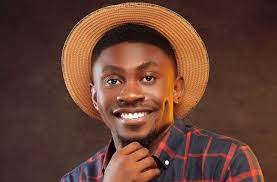 Saviour Akpa otherwise known as Pharmsavi, the Big Brother Naija S7 housemate who was evicted on Sunday, says he felt disappointed to have been nominated for eviction by Eloswag.

The 27-year-old was evicted from the show alongside Kess after securing the lowest votes for the week.

In his post eviction interview with Ebuka Obi-Uchendu, Pharmsavi said being his roommate before the show, he thought having Eloswag in the same house with him “was a plus”.

“Eloswag was somebody I always wished to see in the top five of the show and the fact that we’re together, I felt it was a plus for me. But I was shocked when Biggie called me that I was nominated, I felt really bad,” he said.

“I asked him about the nomination the next day and he was telling me that it was a hard choice for him but he had to do it, I was like, ‘abeg don’t worry, just keep the whole story, e don be, e don be already’.

“Then, the next day, he was telling me goodluck. I wish him all the best.”

Pharmsavi also expressed his reservations about the arrangement for this year’s edition of the show.

The pharmacist argued that dividing the housemates into two different houses prevented them from bonding very well.

“Trust me, I hated the arrangement a whole lot, I never saw this coming, like having two different houses,” he said.

“At the end of the day, people would say maybe it’s our destiny not winning the head of house game because I really tried my best to make sure we win. I’m very sure if we had won the Head Of House game, I would not be here. I would have probably gone far on the show.

“So, I don’t like the arrangement for this season at all because I didn’t have much time to mix with the whole housemates even when I was talking to Amaka and she was giving a no, if we are all together, I would probably have other options.”