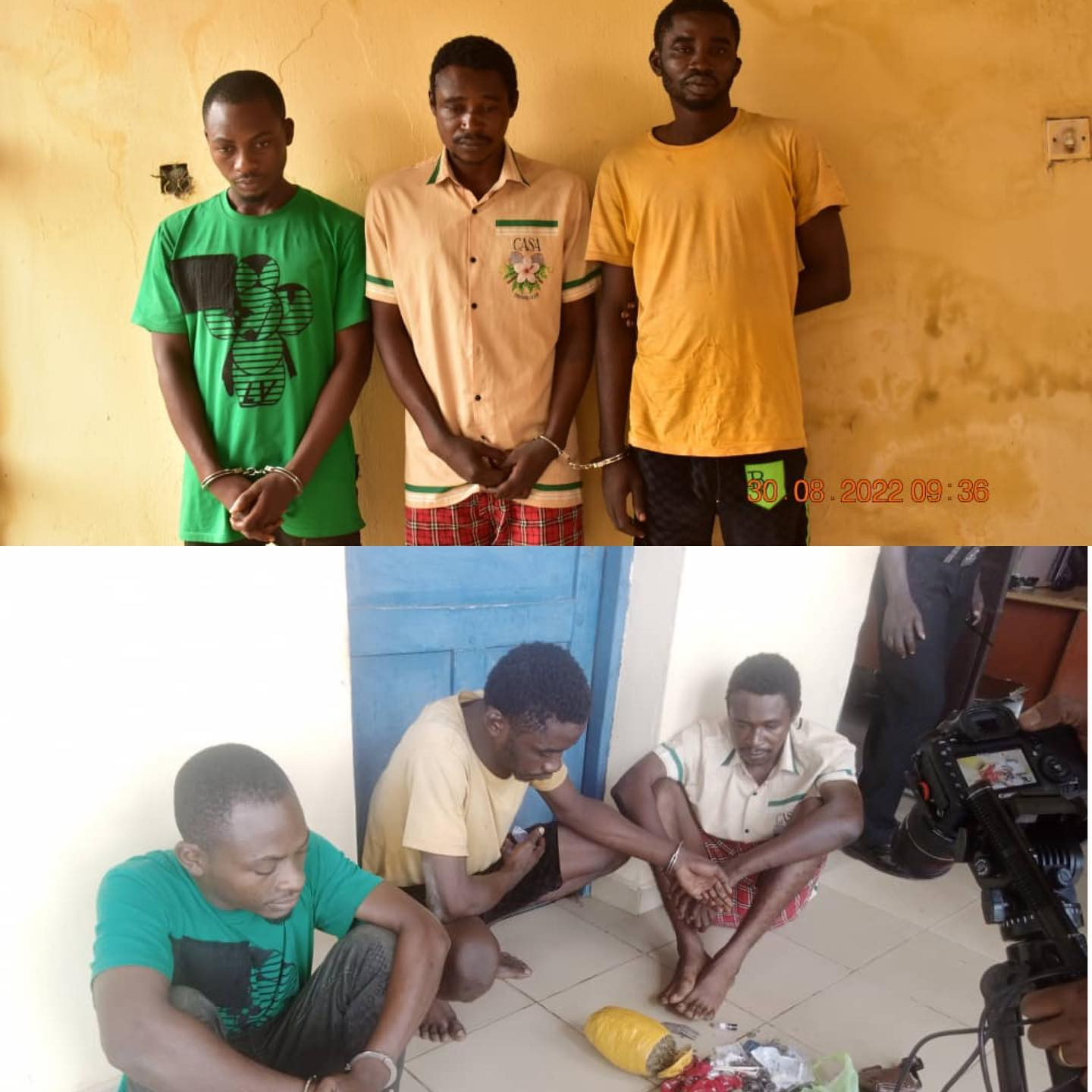 Spokesperson of the command, SP Catherine Anene, who confirmed the arrest on Tuesday, August 30, said the suspects have been terrorising residents of Wurukum, Northbank and Modern Market areas in Makurdi metropolis.

“Fortunately, on 26/8/2022 at about 1600hrs, the said suspects; Fanen Wever, Philip Adanyi aka Baron and Albert Akor aka J-Boy all male of no fixed address were arrested at their hideout, within Logo 1 Wurukum, Makurdi,” the PPRO stated.

Items recovered from the suspects include; one locally made pistol loaded with three rounds of live ammunition, wraps of weed, suspected to be Indian hemp, assorted illicit drugs and charms.

Anene further said that the suspects had confessed to the crimes and they will be charged to court as soon as the investigation is completed. 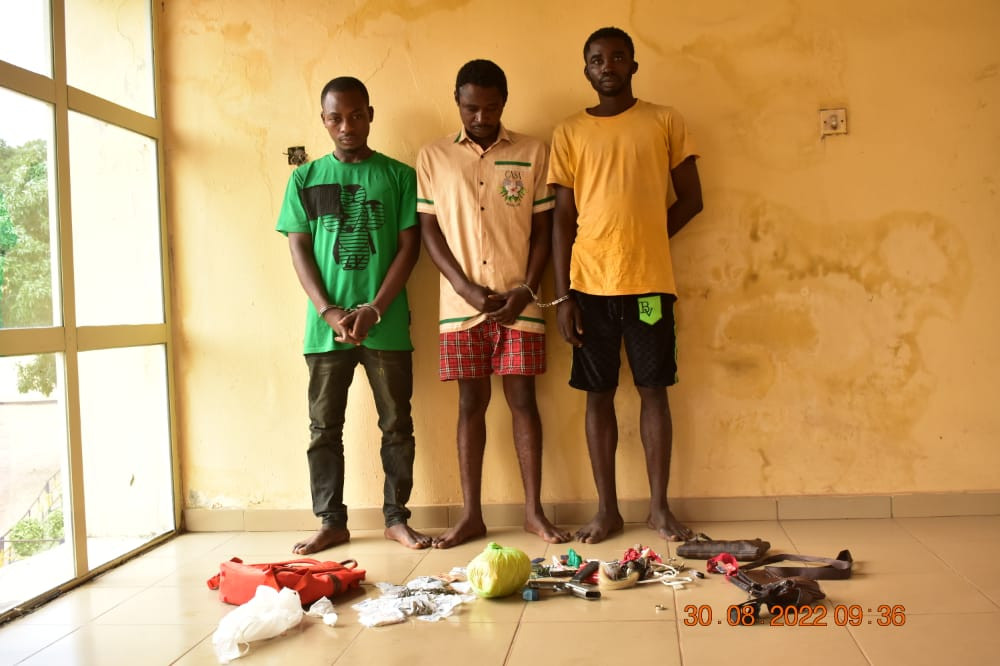