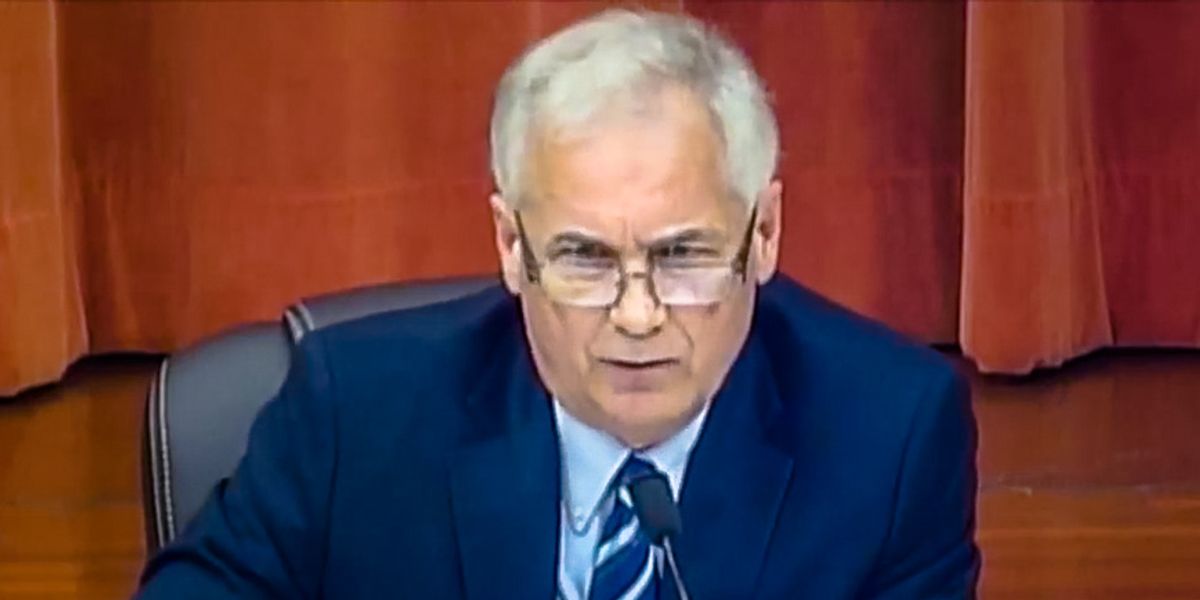 Speaking to MSNBC about the release of the memo on Wednesday, former Mueller prosecutor Andrew Weissmann explained that the memo, penned by Barr’s two top deputies Steven Angel and Ed O’Callaghan, provides new evidence that Barr covered up for Trump.

“Essentially it lays out a lot of what was redacted and we know it was a heavily redacted form of this before and it lays out the basics,” explained NBC News justice reporter Ryan Reilly. “It does seem to be making what amounts to a defense argument for Trump in a lot of these cases. There’s one line in here regarding the line where this was [former FBI Director James] Comey telling the president that he hoped that he could let this go, and they actually write in here that there was not — it was not directing a, quote, clearly directed particular action in the investigation and Comey did not react at the time as though he had received the direct order from the president.”

He went on to call it “defensive” and make a case for what Barr had already decided: that Trump wasn’t going to be guilty of anything.

But it was Weissmann who gave inside information into what he experienced while working for Mueller. The Mueller report made it clear that there were at least 10 instances of obstruction of justice by the former president. Barr, on the other hand, wrote there was no obstruction.

“This memo, as you said, is a doozy because it has been kept under wraps and the Department of Justice thought even giving it to the district court for [the judge] to read, there is a reason when she read it that her decision was that this needs to be made public. The court of appeals agreed with her. Now to the substance. Why did they try and keep this under wraps? There is a sentence in here that is astounding to me,” Weissmann continued. “The two senior staff, say to Bill Barr that the reason he should make the decision is because if the memo comes out it might be read to imply that the president committed obstruction. Let me just repeat that: that the reason Bill Barr needs to say something is because if the memo because if the report comes out it could be read to say that the president committed obstruction.”

He explained that it’s noticeable that there’s no discussion on the memo about Bill Barr telling Mueller that he wants the special counsel to conclude whether Trump committed any obstructions of justice in his investigation or not.

“We now know clearly from his memo did not send it back to Mueller — who reported to him — was because he knew exactly what the answer would be. Because it says in black and white that this memo could be read to conclude that the president committed obstruction,” Weissmann concluded.

There is another point, he explained, that is simply “dead wrong.” At one point in the memo it says that Trump didn’t commit obstruction of justice because you can’t obstruct justice when you’re not guilty of the underlying crime.

“That is legally wrong,” he explained. “Our report actually addresses that. We cite all cases including the Arthur Anderson case which I know very well and this memo simply does not successfully, at least in my view, address the legal precedents, and it is not the case that you cannot be guilty of obstruction if you didn’t commit the underlying crime.”

Finally, he said that the point the memo gets completely wrong is that Mueller’s report found no evidence of an underlying crime or conspiracy with the Russians.

“That’s not what our report said,” Weissmann concluded. “It said that there’s evidence. It’s just that we didn’t think there was evidence beyond a reasonable doubt. So, the sort of upshot, Nicolle is, I can understand why the department has fought long and hard not to have this see the day and it’s quite a shocking document.”

ALSO IN THE NEWS: GOP melts down over Biden’s loan forgiveness after Trump filed for bankruptcy

See the full conversations about the memo below or at this link.