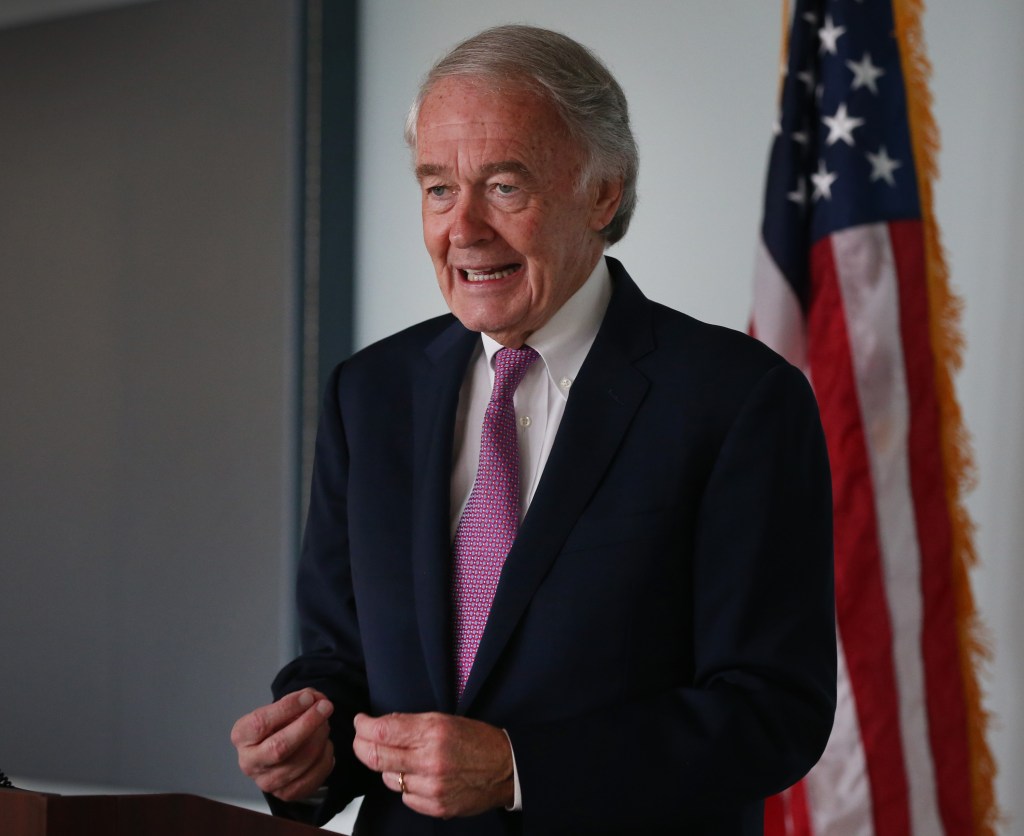 The U.S. must continue to walk a fine line between supporting the ruling authority of Taiwan while not tip-toeing into a conflict with Beijing, says U.S. Sen. Ed Markey.

“There is no doubt that China is a bad actor in the region,” Markey said Tuesday in Boston. “However our partners and allies do not want to be pawns in a competition or conflict between the United States and China. Our policies in the Indo-Pacific must focus on engagement with each individual country on its own merits, not simply through the lens of China.”

Markey, who sits on the Senate Foreign Relations Committee and chairs its East Asia, Pacific, and International Cybersecurity Subcommittee, said his delegation was well received in Taiwan, despite a reported increase of military activity by the Chinese Navy surrounding his visit.

Markey’s stop on the island was the second high profile visit by a U.S. lawmaker in recent weeks, following a trip there by House Speaker Nancy Pelosi. Both were met with increased activity on the part of the Chinese military.

Taiwan has been governed independently since 1949, though Beijing has always maintained the island is part of their territory. The communist regime warned both Pelosi and Markey ahead of their trips that visiting the island risked increasing tensions in the region.

Markey, effictively summoning his scrappy Malden roots, said in no uncertain terms the Chinese government doesn’t get to boss him around.

Markey, when asked what recourse the U.S. government had should Taiwan be invaded by Chinese troops, said the focus should be on maintaining the delicate balance that already exists there.

“I think our goal should be to state that we want to continue the one China policy, that we are going to continue a policy of strategic ambiguity, and that we’re going to continue a policy of strengthening the deterrence of the Taiwanese (authority) against an attack by China, while also strengthening our economic ties to the Taiwanese economy.” he said. “If we do those things, our goal ultimately should be to avoid a military conflict between Taiwan and China.”