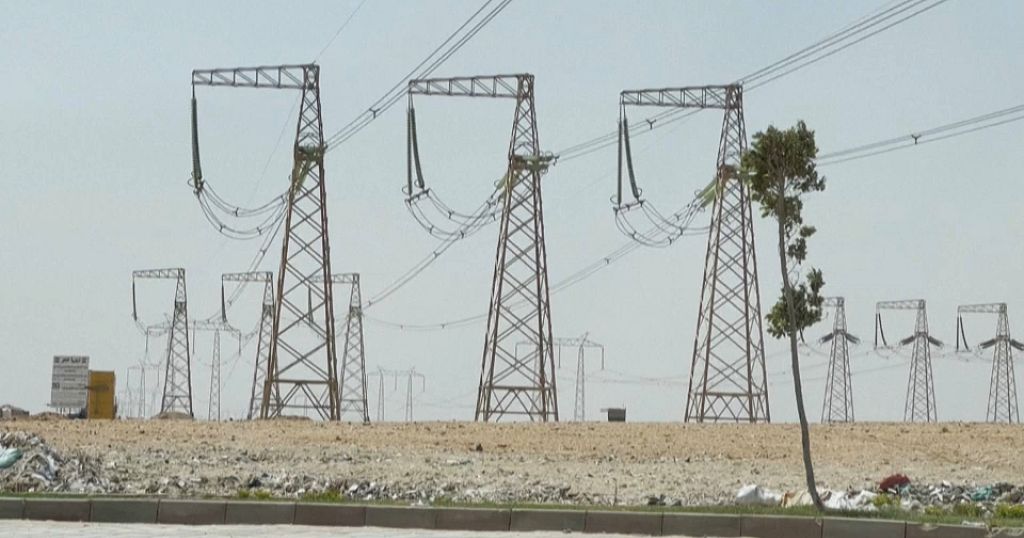 An economic crisis spurred by the Ukraine war is casting darkness upon Egypt’s streets, as the government dims lights to free up energy for export and bolster hard currency reserves.

Russia’s invasion of Ukraine had an immediate impact on Egypt, the world’s biggest wheat importer which has relied on the ex-Soviet states for over 80 percent of its grain.

Egypt, which turned to the International Monetary Fund for a loan after the war erupted, is pumping more natural gas abroad to increase its foreign currency reserves — a move that has come in for criticism.

And while the government announced electricity rationing this month, signs of wastage elicit scorn.

“I see streetlights still working during daylight hours… and we’re suffering from high electricity bills,” said a disgruntled Cairo resident in his 30s who spoke on condition of anonymity.

The country’s vital tourism sector has also been hit by the Ukraine conflict, cutting the flow of holidaymakers to a country still hurting from the 2011 revolution and Covid-19 pandemic.

Economic growth slowed to 3.2 percent in the fourth quarter of 2021-22 against 7.7 percent last year, although annual expansion was 6.6 percent.

Despite the better-than-expected annual figure, the government said growth had tapered off in the wake of “global political and economic developments”.

Egypt’s monetary policy has been caught between a rock and a hard place since Russia invaded Ukraine in February.

Inflation hit a three-year high of 14.6 percent in July after Egypt devalued the pound, pushing up the price of imports and depleting forex reserves by $7.8 billion since February to $33.1 billion in July.

Egypt is negotiating an IMF loan to help mitigate fallout from the Ukraine war on the country, where 30 percent of the 103 million population lives in poverty.

But the talks have stretched out for six months, raising eyebrows among analysts.

“The fact that talks with the IMF have dragged is probably a sign that some officials are reluctant to follow through on the Fund’s demands and would prefer to rely on support from the oil-flush Gulf economies,” London’s Capital Economics said.

“We need to speed up negotiations with the IMF,” said Hany Genena, an economist and lecturer at American University in Cairo.

“Since last week, there has been a severe shortage of dollars provided to importers by banks in various sectors.”

Cairo had previously secured a $12-billion IMF loan in 2016 that required it to slash subsidies and devalue the pound.

In 2020, Egypt received two more loans, including $5.4 billion tied to reforms and $2.8 billion to tackle Covid.

Genena said Egypt needed to undertake more “drastic” reforms to restore its forex reserves, including a full float of the pound.

Last week, as the currency plunged to a near all-time low of 19.1 to the dollar, central bank governor Tarek Amer resigned.

It was unclear why Amer quit, but Egyptian media suggested it was because of his reluctance to implement a full float.

James Swanston of Capital Economics said the currency needed to depreciate to 25 pounds to the dollar by the end of 2024 “to avoid external imbalances rebuilding”.

But $14.6 billion worth of investments has flown out of the country in the first quarter of 2022, reflecting concerns over the Ukraine war.

Capital Economics said, however, that investment pledges worth $22 billion from Gulf countries will “go some way to alleviating external financing concerns”.

Among Egypt’s slate of measures to preserve foreign currency was a decision to let the pound slip 17 percent against the greenback in March.

The government said electricity rationing seeks to achieve “an additional surplus — at an average of 15 percent of the natural gas pumped to power stations — that can be exported and bring in hard currency.”

Among the measures to conserve energy were “reducing lighting in streets and public squares.”

Since 2018, Egypt has been ramping up its natural gas capacity, now setting its sights on an energy-hungry Europe, which is eager to decrease reliance on Russian gas.

The government announced this month “exceptional aid to nine million families at a cost of $52 million per month,” but for many, the soaring cost of living had already done enough damage.