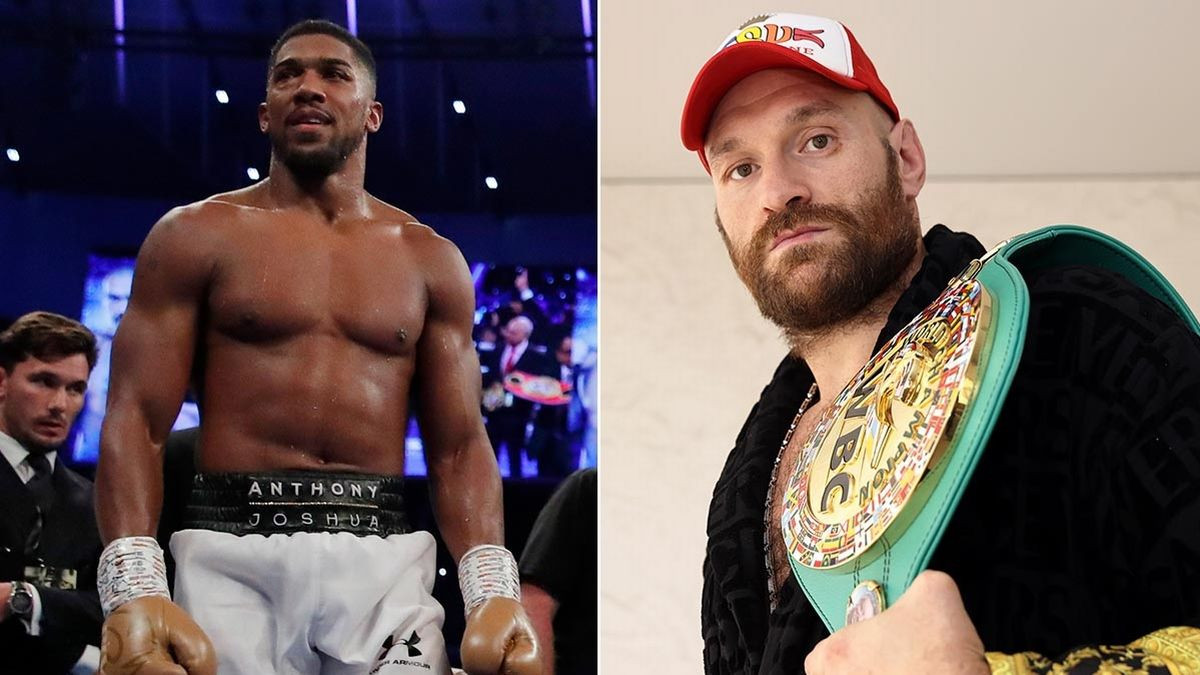 Fury had hoped to face Oleksandr Usyk to crown the first undisputed heavyweight world champion since Lennox Lewis in 1999, but the Ukrainian revealed over the weekend that he will not be ready until next year because he wants to return to Ukraine and spend time with his family.

But Fury determined to fight again in 2022, has turned his attention to Joshua.

The British rivals were set to meet in Saudi Arabia last summer before the deal was quashed when Fury was ordered to face Deontay Wilder for a third time. Since then, Fury has made two defences of his world title while Joshua has lost back-to-back fights against Usyk.

Taking to social media on Monday night, September 5, Joshua accepted a fight with Fury – if terms can be agreed.

“Yea calm. I don’t do the online discussions just for clout, so if you really serious about it shout 258 Management. I’ll be ready in December,” Joshua tweeted. 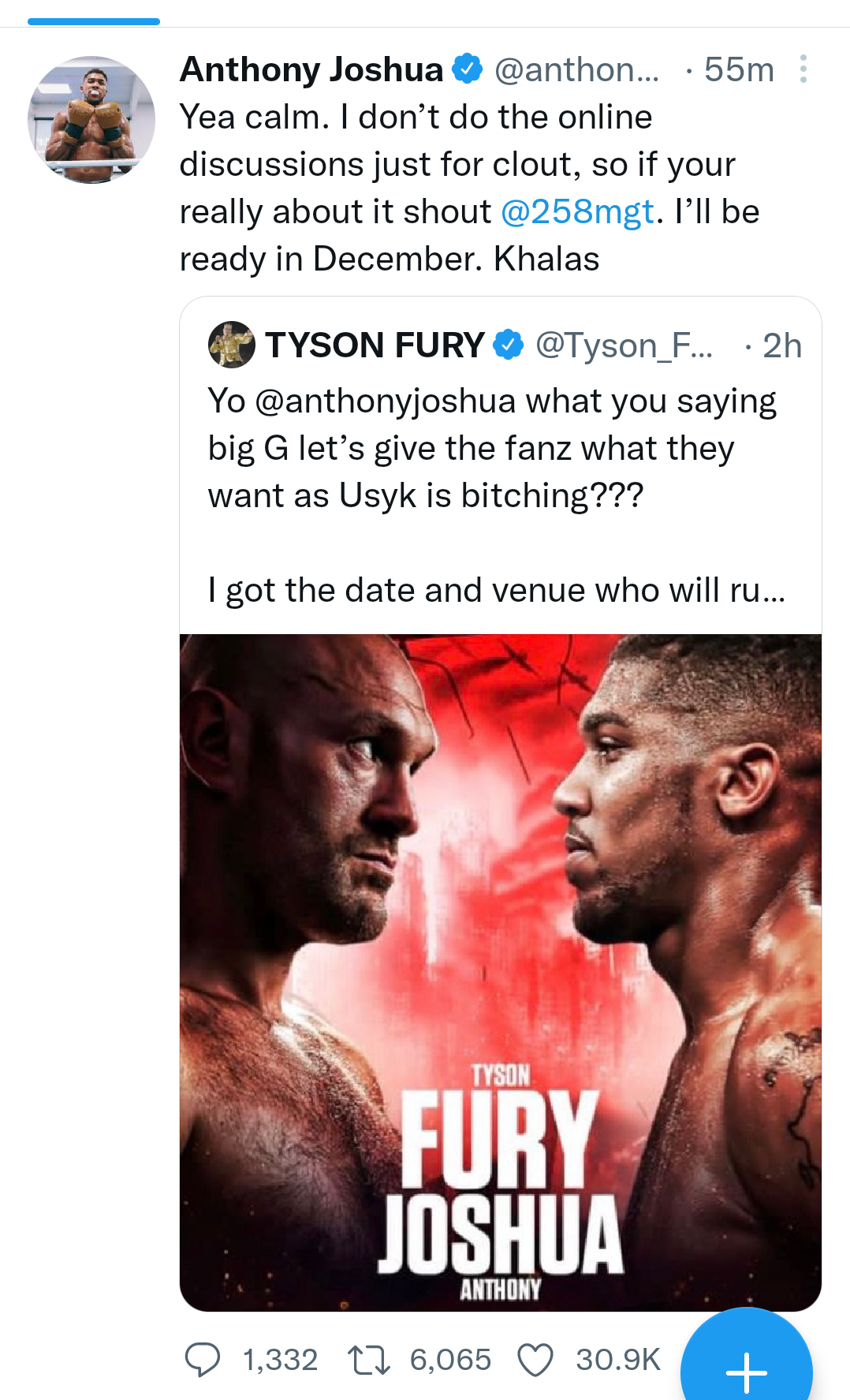 Fury had earlier posted across his social media accounts: “I think you’ve all heard I’m going to be fighting soon, in the next few months. I think before I announce an opponent, I need to do this just in case. Anthony Joshua, i know you’ve just lost a fight to Usyk and you’re boutless at the moment.

Fury later claimed to have a venue and date locked in when he tweeted: “Yo Anthony Joshua. What you saying big G let’s give the fanz what they want as Usyk is b****ing ??? I got the date and venue who will rule Britannia?” before posting a picture of himself sitting on a throne with the caption: “Me sat waiting on Anthony Joshua to take the Battle of Britain.”