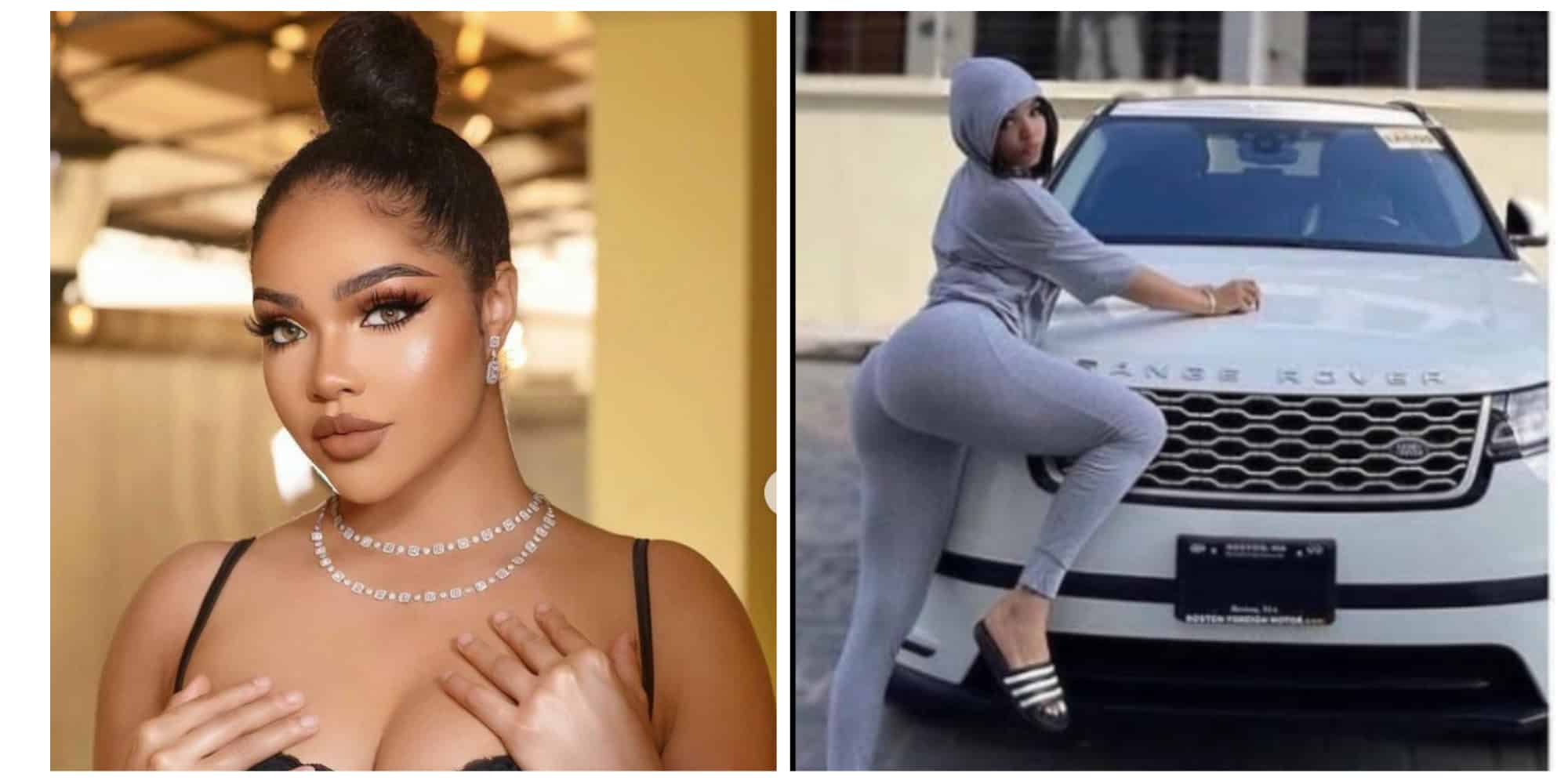 Naija News reports that on Wednesday, 31st August, Nengi made trends on Twitter over rumours that her car has been confiscated.

This comes after a Twitter user with the handle Pooja alleged that the car of the reality TV star was proceeds of crime and the owner has been arrested.

Pooja wrote: “A ponzi scheme owner bought a Range Rover worth N37m for Nengi and she said she spoilt herself with it, when she posted it. God when filled everywhere that day I hear EFCC don collect the car as crime proceeds and owner arrested”

Recall in July 2021, Nengi acquired a Range Rover worth N37 million a few months after she bought her mansion in Lagos.

However, a gist made the rounds online that the Range Rover was a surprise gift by her alleged billionaire lover, Micheal Diongoli.

Micheal Diongoli, who is married with kids, was allegedly dating Nengi and was also responsible for her frivolous lifestyle.

According to PUNCH in a report published on Monday, 19th July 2022, the Police arraigned Ponzi scheme operator, Michael Diongoli before a Federal High Court in Lagos State for allegedly defrauding a retired Army colonel, two professors, a co-operative society, among others of the sum of N1, 286, 580, 656.

The defendant was arraigned alongside his two firms, UK-Don Group and UK-Dion Investment Limited, before Justice Lewis-Allagoa.

He was accused of defrauding his victims under the false pretence of multiple returns on investment within six months to one year.

Following his arrest, many of Diongoli’s properties were confiscated by the Economic Financial Crime Commission, including the car allegedly given to Nengi.

This subjected the reality TV star to mockery and criticism online.

Reacting to this, Nengi’s sister blamed herself for the current ordeal, stressing that the reality star always wanted a peaceful and quiet lifestyle.

She stated that she had pressurized Nengi to go for the BBNaija show because it was more like a dream for her.

She wrote: “I was actually the one that pressurized her to go for it….It was more like my dream. She actually wanted a peaceful and quiet life. Now I sometimes wish I didn’t…. But in all we thank God for everything and we will always conquer. After all dem no dey try to pluck fruit wey never ripe”.