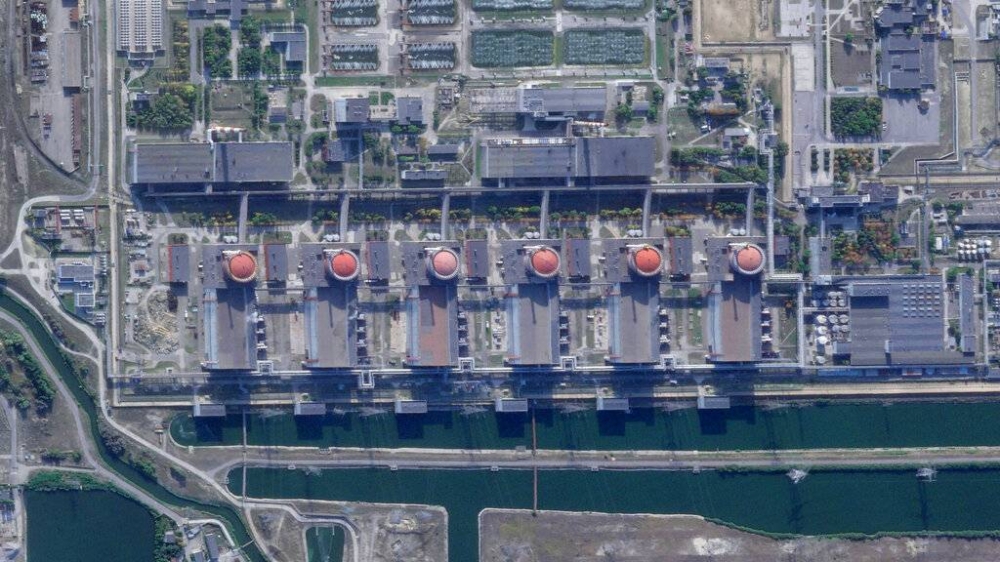 KYIV: The International Atomic Energy Agency (IAEA) on Monday injected a ray of hope into the standoff over the embattled Zaporizhzhia Nuclear Power Plant (ZNPP) by announcing that its mission of top experts “is now on its way” to the facility, which has seen relentless shelling as a focal point in Russia’s invasion of Ukraine.

Rafael Grossi, director-general of the United Nations’ nuclear watchdog, has for months sought access to the nuclear plant, which has been occupied by Russian forces and run by Ukrainian workers since the early days of the six-month-old war.

His announcement came hours after Moscow and Kyiv traded claims of rocket and artillery strikes at or near the plant on Sunday, intensifying fears that the fighting could cause a massive radiation leak. Under the barrage of shelling last week, the facility was temporarily knocked offline.

“The day has come,” Grossi wrote on Twitter, adding that the Vienna-based IAEA’s “Support and Assistance Mission…is now on its way.”

“We must protect the safety and security of #Ukraine’s and Europe’s biggest nuclear facility,” he wrote. “Proud to lead this mission which will be in #ZNPP later this week.” Grossi, who didn’t provide a more precise timeline or give additional details, posted a picture of himself with 13 other experts.

Ukraine has alleged that Russia is essentially holding the plant hostage, storing weapons there and launching attacks from around it, while Moscow accuses Ukraine of recklessly firing on the facility. The Zaporizhzhia plant has six reactors.

The IAEA tweeted that the mission would assess physical damage to the facility, “determine the functionality of safety and security systems” and evaluate staff conditions, among others.

Ukraine’s atomic energy agency painted an ominous picture of the threat on Sunday by issuing a map forecasting where radiation could spread from the Zaporizhzhia plant.

Attacks were reported over the weekend both in Russian-controlled territory adjacent to the plant along the left bank of the Dnieper River and along the Ukraine-controlled right bank, including the cities of Nikopol and Marhanets, each about 10 kilometers (six miles) from the facility.

Russian Defense Ministry spokesman Igor Konashenkov said on Sunday that Ukrainian forces had attacked the plant twice over the past day, and that shells fell near buildings storing reactor fuel and radioactive waste.

“One projectile fell in the area of the sixth power unit, and the other five in front of the sixth unit pumping station, which provides cooling for this reactor,” Konashenkov said, noting that radiation levels were normal.

The IAEA also reported that radiation levels were normal. It added that two of the facility’s six reactors were operating and that, while no complete assessment was made yet, recent fighting had damaged a water pipeline, which has since been repaired.

In another apparent attack, Russian forces shot down an armed Ukrainian drone targeting one of the plant’s spent fuel storage sites, a local official said. Vladimir Rogov, a Russian-installed regional official, said on the Telegram messaging app that the drone crashed onto a building’s roof and did not cause any significant damage or injury to anyone.

Nearby, heavy firing during the night left parts of Nikopol without electricity, said Valentyn Reznichenko, the Dnipropetrovsk region’s governor. Rocket strikes damaged a dozen residences in Marhanets, according to Yevhen Yevtushenko, the administration head for the district that includes the city of about 45,000.

Neither side’s claims could be independently verified.