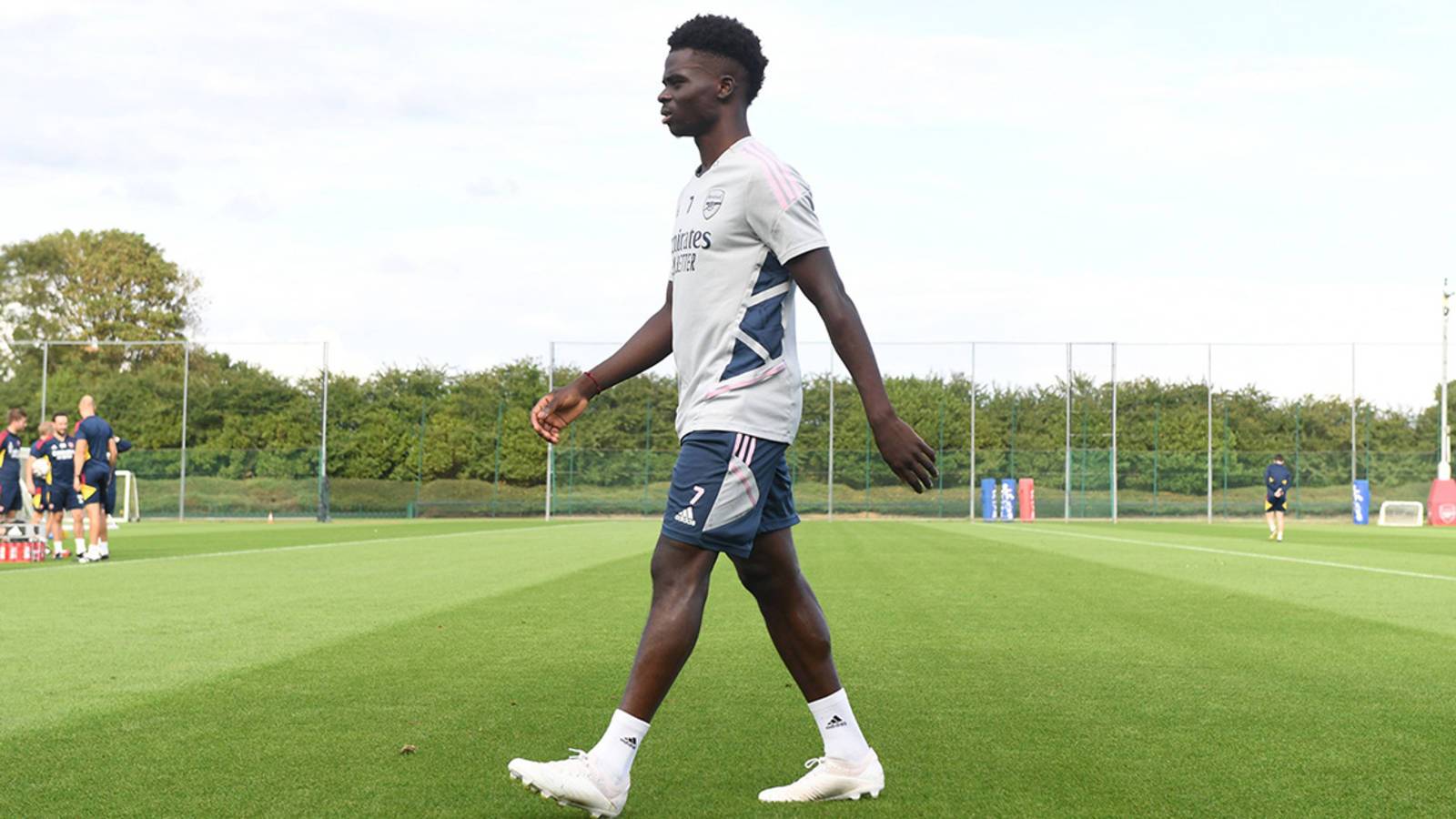 Having already tasted victory at Old Trafford as our manager, Mikel Arteta believes that any previous psychological barriers when taking on Manchester United on their own turf are long gone.

Arteta was in charge back in November 2020 when we claimed a 1-0 win on the red side of the city to seal a first league victory at the venue since 2006, having also knocked them out of the FA Cup in 2015.

However, while the stadium hasn’t been a particularly happy hunting ground for us during the Premier League era, we have only lost once to the Red Devils in our last eight meetings – albeit last season in Manchester.

But Arteta feels that his players shouldn’t concern themselves too much with the past, and focus on their present form and confidence, which sees them head to the north-west with a 100 per cent winning start to the campaign.

“I don’t want any of my players thinking that way because they are good enough to go out and win the match,” he said. “I think we have the belief that that can happen. If not, it is better to stay at home.

“We have gone through things like that when we hadn’t won at Stamford Bridge for 20 or something years, but you need to believe that you will do that. If you can play the way you want to play, you will win football matches.

“It’s not something new [winning at Old Trafford]. We’ve done it, we have to do it again and we have to believe from today, yesterday and straight after the game that we are capable of going there and playing how we want in the match.”

Games between us and our old rival always conjure up plenty of memories and are must-see matches for supporters of both clubs, as well as neutral fans across the globe.

Arteta revealed he was one of those watching on in Spain as a youngster us and United fought it out for the top prizes, and he believes this fixture should continue to be held in such high regard.

“When I was younger I watched it on TV, watching the rivalry and the special games between the two teams,” he said. “Obviously as a player, winning is a beautiful feeling and it’s a magnificent stadium, to go there, and enjoy the game as a team.

“I think that there have been moments when the history and the media were talking about it, and the special rivalry between certain players built a certain momentum into it. But in England it doesn’t get much better than that.”

While we have strung together five wins in a row, United have bounced back following defeats to Brighton and Brentford in the opening two games to secure nine points from nine since, a fact that is not lost on Arteta as Eric ten Haag quietly begins to turn things around after a slow start.

“When you look at the squad that they have, the players that they have signed the amount of money they have spent in the market, it is no surprise – they are going to win a lot of football matches,” Arteta added.

“The history of Manchester United tells you this is going to happen. They are a big rival, we know that and we are going to compete with them.”

Read our in-depth preview of the game, including team news, retro action and all the vital stats