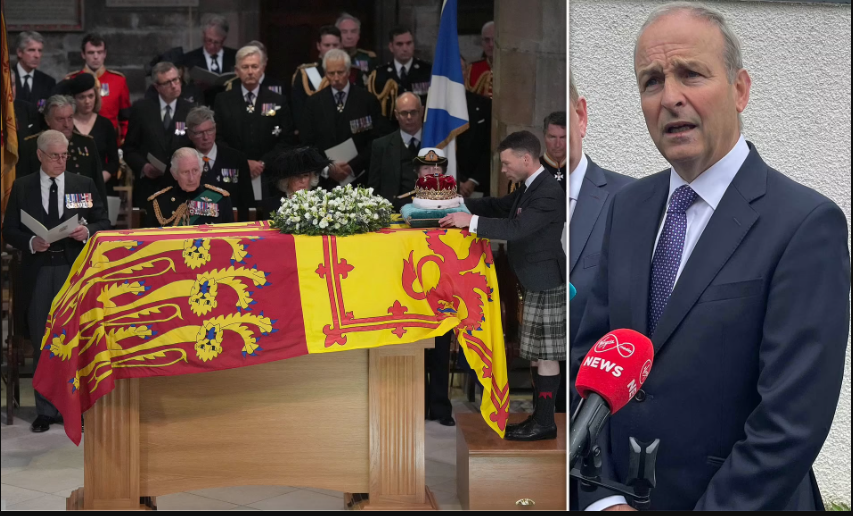 The prime minister disclosed this in an interview with the BBC.

The Taoiseach, who is due to attend a memorial service for the Queen at St Anne’s Cathedral in Belfast, claimed Her Majesty’s passing should offer ‘time for reflection’ and ‘remind us of the need to proactively nurture the relationship’ between the two countries.

Queen’s death has come at a time of heightened political tensions at Stormont and between the UK and Irish governments over post-Brexit arrangements for Northern Ireland.

But Mr. Martin, in an interview with the BBC, suggested it could now be a moment to repair relations that have been damaged by the Northern Ireland Protocol row.

‘I would like to think that the visit of Queen Elizabeth II first of all to Ireland, her passing would give us all time for reflection,’ Mr. Martin said.

‘And will remind us of the need to proactively nurture the relationship between Britain and Ireland to enhance it in the time ahead.

‘And that this moment gives us that opportunity for reflection and for resetting, in a good way, that relationship.’

The ‘bureaucratic’ implementation of the Protocol by the EU – including the imposition of physical customs checks – has been blamed by UK ministers for hampering trade between Great Britain and Northern Ireland.

The DUP have refused to re-enter a power-sharing administration in Northern Ireland until the Protocol, part of the UK’s Brexit deal with the EU, is reformed.

New Prime Minister Liz Truss is also threatening to push ahead with legislation at Westminster to scrap key elements of the Protocol if negotiations with the EU on revamping trade rules continue to stall.