As the 2023 election gathers steam, Hajiya Azumi Namadi Bebeji, who represented Kiru/Bebeji Federal Constituency in the National Assembly, has left the ruling All Progressives Congress (APC) for the New Nigeria People’s Party (NNPP).

POLITICS NIGERIA reports that Bebeji alongside many of her supporters switched from the APC to the NNPP on Sunday.

The decampees were received by Abba Kabir-Yusuf, the Kano State governorship candidate of the NNPP.

Also present at the event were Aminu Abdussalam Gwarzo, the NNPP Deputy Gubernatorial Candidate of Kano State; and Abdurrahman Kawu Sumaila, a former member of the House of Representatives for Sumaila/Takai Constituency in Kano state. Kawu is also a former aide to President Muhammadu Buhari on National Assembly matters, and the Kano South senatorial candidate of the NNPP in respect of next year’s election.

The NNPP has been raking in a lot of decampees from other parties in the state, notably the APC and the Peoples Democratic Party (PDP).

See some pictures from the event below: 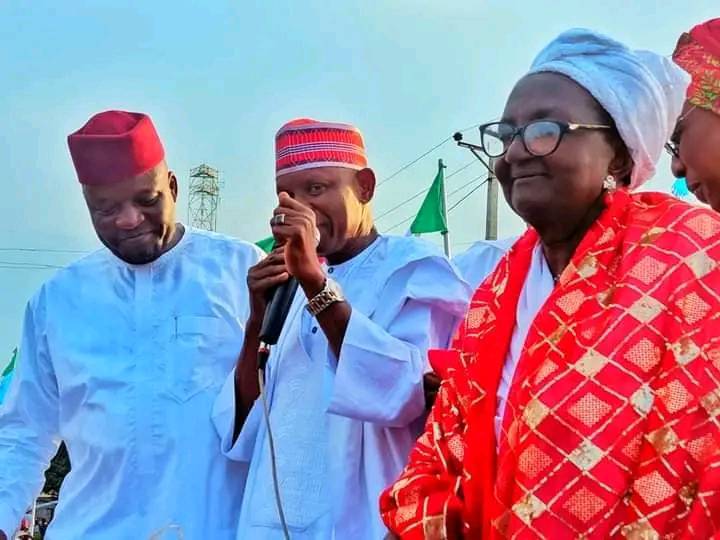