Nathan Patterson and Vitalii Mykolenko are the full back gems helping Everton to move forward… after facing plenty of challenges since arriving on Merseyside, they are both starting to flourish for Frank Lampard

By Dominic King for the Daily Mail

Jordan Pickford got the headlines and rightly so for the best Everton goalkeeping performance in a Merseyside derby since the days of Neville Southall. Frank Lampard, his proud manager was only too happy to lead the praise.

But there was so much more to Everton’s efforts than just the inspired man between the posts. Everton are starting to look like a proper team again and, as Lampard knows, proper teams are built from the back.

James Tarkowski and Conor Coady’s partnership in the centre is full of command and promise but on the flanks, the efforts of Nathan Patterson and Vitalii Mykolenko cannot be overlooked, given the challenges they have faced since arriving on Merseyside. 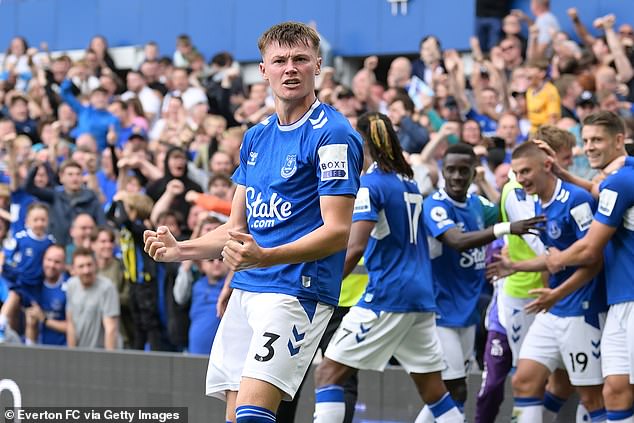 It was Rafa Benitez’s decision to sell Lucas Digne to Aston Villa in January in order to finance the moves for Patterson and Mykolenko, Scotland and Ukraine internationals from Rangers and Dynamo Kiev respectively, but it will be Lampard who feels the long-term benefits.

‘I’ve got to give a big shout out to both full backs in their own ways,’ said Lampard.

‘With Myko, what he is dealing with off the pitch is something we can’t imagine. He carries it unbelievably well when you consider what is going on back home.

‘When I first came in, he had not been here long. My question was: “Does he belong in this league?” I sat and talked with him and went through his game a lot last year and went through clips with him. 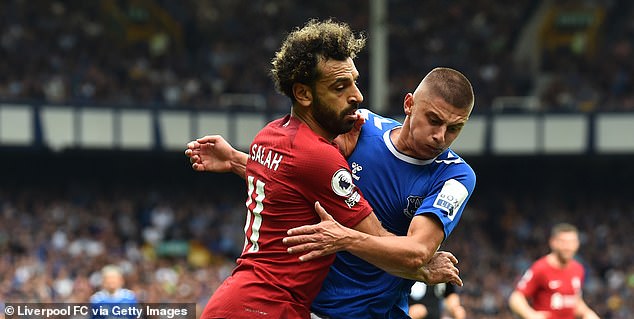 ‘It was to show the reasons why we signed him basically, and I’ve just seen him grow, defensively, offensively.

‘Going up against one of the best (in Salah) I thought his one-on-one was outstanding.’

There was no hint of disagreement but the same was also true for the energetic Patterson, who suffered a serious ankle injury last season but has grasped the opportunity that has come his way at the start of this campaign. 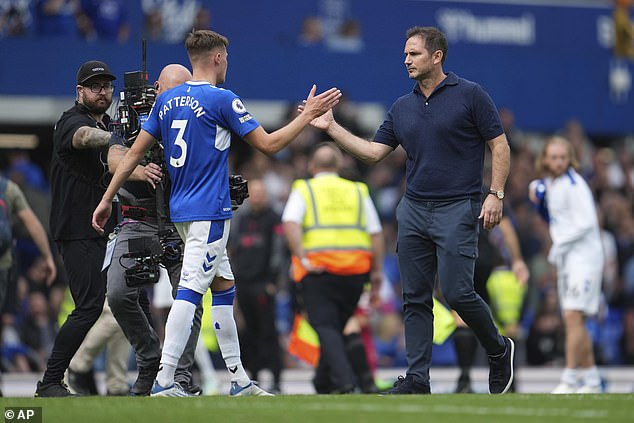 ‘What a start to the season,’ said Lampard. ‘Pats was injured when he was about to make his debut last year, and his defensive game has been excellent.

‘There were quite a lot more question marks being asked of the full backs and centre halves, but they have both done great, and are both young players so they are going to get better.’

l Ross Barkley has signed for French club Nice. The 28-year-old, who began his career at Everton, was a free agent after Chelsea paid up his contract last week.