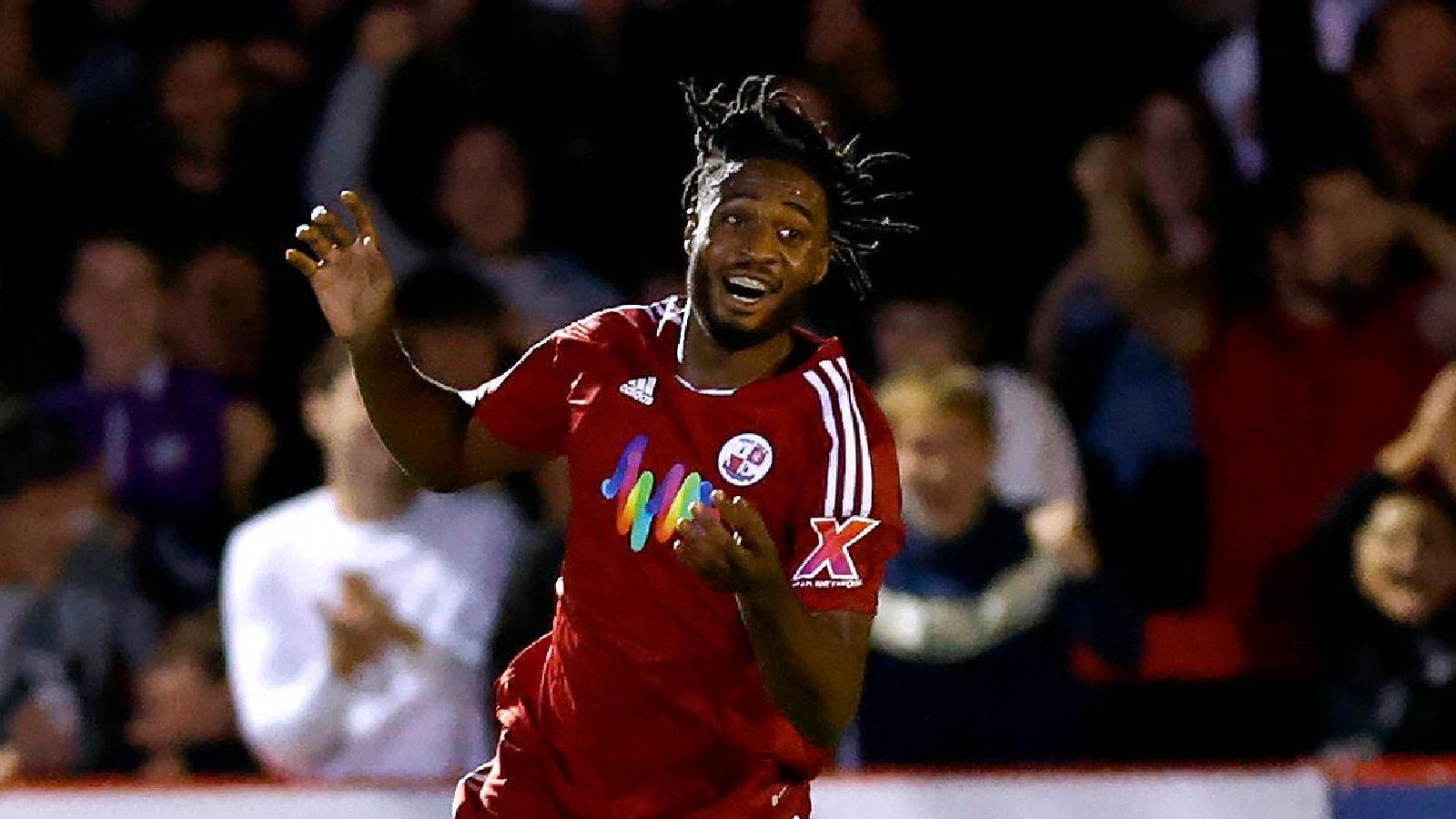 England Under-19 international Balagizi now has three goals for the season after adding to captain Tom Nichols’ opener as Crawley humiliated Premier League Fulham in the Carabao Cup on Tuesday night.

The talented midfielder shone in the 2-0 second-round victory over the Cottagers, claiming his side’s second goal and causing constant problems for Marco Silva’s embarrassed visitors.

Victory over the Cottagers was Crawley’s third Premier League scalp in four seasons following cup victories over Norwich and Leeds and provides a much-needed boost after a winless start to their league campaign.

Despite the indifferent start to the season Balagizi has caught the eye and Betsy admits Crawley had “no right” to sign a player of his quality.

Reds boss Betsy convinced the 18-year-old to swap Liverpool for a season in Sky Bet League Two having worked with him at youth level with England.

“These are the things when your connections are able to bring a player like him to the football club. We had no right really to be signing a player of his quality.

“But the relationship that we have and the trust Liverpool have in us as coaches to give their players to us and allow them to flourish and progress speaks volumes for what we know we can do with young players.

“James, hopefully he’s going to have a fantastic career going forward, and this is the early steps of understanding men’s football and he’s doing a really good job.”

The stunning cup upset, over a club ranked 84 places higher in the football pyramid, also had additional significance for Betsy.

He began his professional playing days at Craven Cottage before returning to launch his coaching career with the west London club’s youth sides.

“Fulham has been an amazing club to me,” said the 44-year-old, who managed Arsenal Under-23s last term following his various England roles.

“They’ve helped me so much in my career. They gave me my first chance in professional football as a young kid. I was playing for Woking part-time and Fulham signed me as a pro.

“I had an amazing three years there, getting promoted a couple of times. I owe them so much.

“To go back as a coach and to give back to the club was amazing. They’ve helped me in my coaching journey. Without them I wouldn’t be standing here talking to you.”