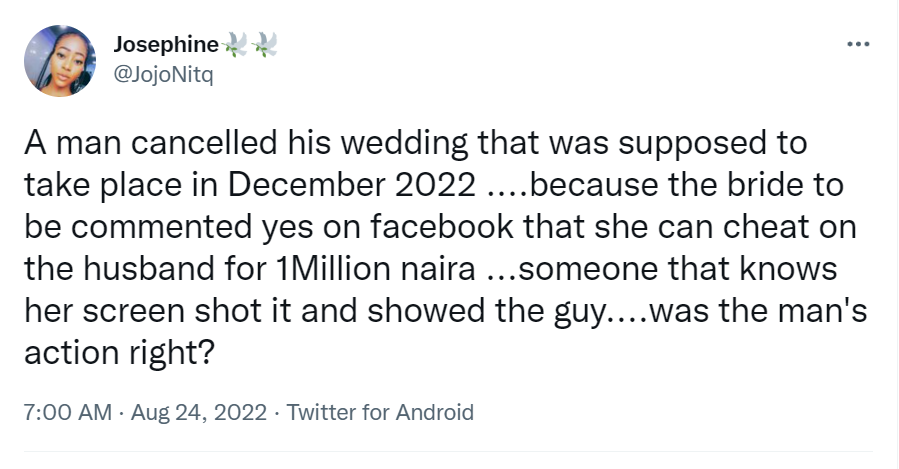 A Twitter user has narrated how a man dumped his fiancee he was supposed to wed in December.

According to @JojoNitq, the man dumped his fiancée after she wrote on Facebook that she can cheat on him for N1million.

A man cancelled his wedding that was supposed to take place in December 2022 ….because the bride to be commented yes on facebook that she can cheat on the husband for 1Million naira …someone that knows her screen shot it and showed the guy….was the man’s action right?