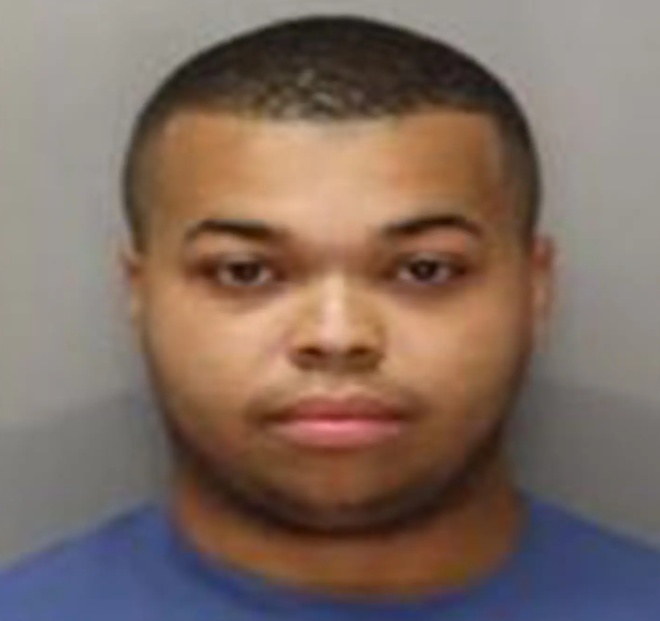 An emergency medical technician (EMT) in Delaware County is facing charges after allegedly exposing a “semi-conscious” woman under his care in the back of an ambulance and snapping photos of her breasts.

Kevin Hakeem Pressley, 24, an employee with the Brookhaven Fire Co. Ambulance, was arrested Saturday, August 27, for lifting up a semi-conscious woman’s sports bra and taking pictures of her in the back of an ambulance, police said on Monday, August 29.

Pressley was among the emergency personnel tasked with rushing the woman, who was experiencing chest pains, from an urgent care center in Brookhaven to Crozer Chester Medical Center around 6:30 p.m. Thursday, August 25, police said.

During transport, Pressley — while caring for the victim in the back of the ambulance — reportedly exposed the woman’s breasts and took photos of her while she was in a “semi-conscious state.”

Pressley was charged with indecent assault, invasion of privacy, harassment and disorderly conduct.

He was arraigned on $100,000 bail and is being detained at the George W. Hill Correctional Facility in Glen Mills.

Investigators received information that he previously worked for other medical providers, and Brookhaven police are now asking any other potential victims to contact their department with the information. 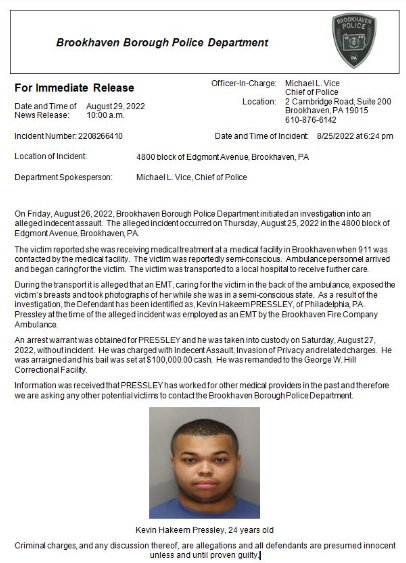