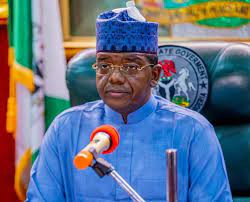 No fewer than 91 students from Zamfara state who are on state-sponsored scholarships have been expelled by Cyprus International University over the failure of their state government to pay their tuition fees.

“We started having the problem between the school and the Zamfara state government since our first year in school but we thought it could be resolved without raising our voices.

When the Zamfara state government sent us here (Cyprus), they had agreements with school. But from all indications, those or part of the agreements were obviously not fulfilled, hence the negative reaction of the school.

For example, when we were coming here (Cyprus), they told us that our school fees have been paid for a few years. We were also told that we would be paid allowances of 100 dollars. But when we came initially, they gave us some money but not up to $100 as promised, and that was the beginning of the problem.

This is our third year in this country and the situation has gotten worst. It has gotten to the point that the school said they won’t tolerate us again, and had to send us out of school and also evicted us out of the hostel. At the moment, we are homeless, devastated and don’t know what to do.

We don’t have food nor do we have befitting shelter because the school has chased us out of the hostel. Many of us have resorted to sleeping in Mosques and other unhealthy/unsafe places. We don’t know where some of the students are now, but I believe that many of them have found their ways of survival. This is our second month of being in this inhumane condition here.”

Reacting to the development, the Zamfara state Commissioner for Information, Ibrahim Dosara, said efforts are being made to resolve the pending issues.

“We are working to make the balance payment as quickly as possible. Besides, the State Government had an agreement with Cyprus University that the remaining part of the money would be paid as soon as possible.

Also, these students should know from day one that some challenges might be witnessed in the studies abroad but that does not mean we have abandoned them.”he said