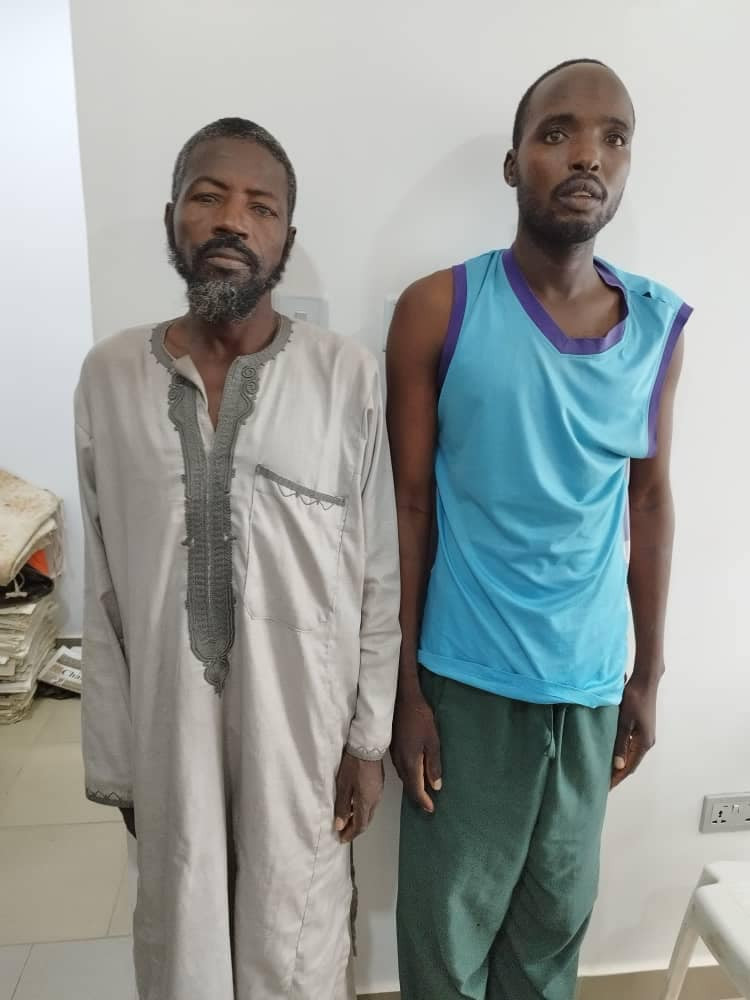 Operatives of the Inspector-General of Police (IGP) Intelligence Response Team (IRT) have arrested informants to a deadly kidnap-for-ransom syndicate, which kidnapped wife and two children of a serving lawmaker, Hon. Dr Ibrahim Aminu, in Katsina State.

The IRT made this known in a statement released by its secretariat on Sunday, August 28, 2022.

Bandits attacked the home of the lawmaker representing the Bakori constituency in Katsina House of Assembly in September 2021 and abducted his family members.

The key suspects, Muttaka Ibrahim, Suleiman Rabiu and Surajo, all male and natives of Bakori LGA of Katsina State were arrested for allegedly supplying the information that led to the assault on the lawmaker and kidnap of his family members.

Sequel to the intelligence reports on the activities of the deadly criminal gangs by IRT operatives attached to the Operation Restore Hope of the Force in Yankwani village and Kurani town, the team swung into action and arrested the suspects in their various hideouts

IRT personnel arrested the key suspects Muttaka Ibrahim, Suleiman Rabiu, and Surajo all male and natives of Bakori LGA for allegedly supplying the information that led to the assault on the lawmaker where his family member’s were taken into captivity

During investigation, Muttaka Ibrahim confessed to the crime saying that he and other gang members were informants to Sanni Tukur AKA Abacha terrorising the people of the villages and towns in Katsina and Zamfara States

They were said to have volunteered information to the bandit leader leading to the kidnapping of Hon. Dr. Ibrahim Aminu’s wife and six others natives.

Other victims of the syndicate’s criminal gang include Buhari Usman, also known as Fedeco, Nazaradeen Ibrahim, Amandallah Ahmad, Ibrahim Suleiman, Sumayya Nura and Yahaya Bura who are currently in the captivity of the gang.

The kidnappers after kidnapping the wife of the lawmaker Rabi Yusuf and two of his male children all of Bakori LGA had demanded and received eleven million naira and ten million naira for his children at different times.

Upon interrogation, the bandit informant Muttaka Ibrahim admitted haven gotten a payment of one hundred and thirty thousand naira (N130,000) from the gang leader adding that one Yusuf Bala of Zaria is his accomplice.

He also admitted that the bandit leader collected a total of six million five hundred thousand naira from the victims they kidnaped at Yankwani town.

Narrating his ordeal, the lawmaker told Police investigators that he paid a total sum of thirty seven million and five hundred thousand naira to the gang leader to secure his family member’s release from captivity.

All the suspects are still undergoing investigation by the Police and would be charged to court if found culpable in the crime according to the leader of the team.

The Inspector-General of Police IGP Usman Alkali Baba has directed that all the weapons, arms and ammunition in the hands of criminal elements should be followed through every effort.

The Police authorities through the Force Spokesman CSP Muyiwa Adejobi have assured that all the suspects are going to be prosecuted in accordance with the provisions of the laws of the nation.