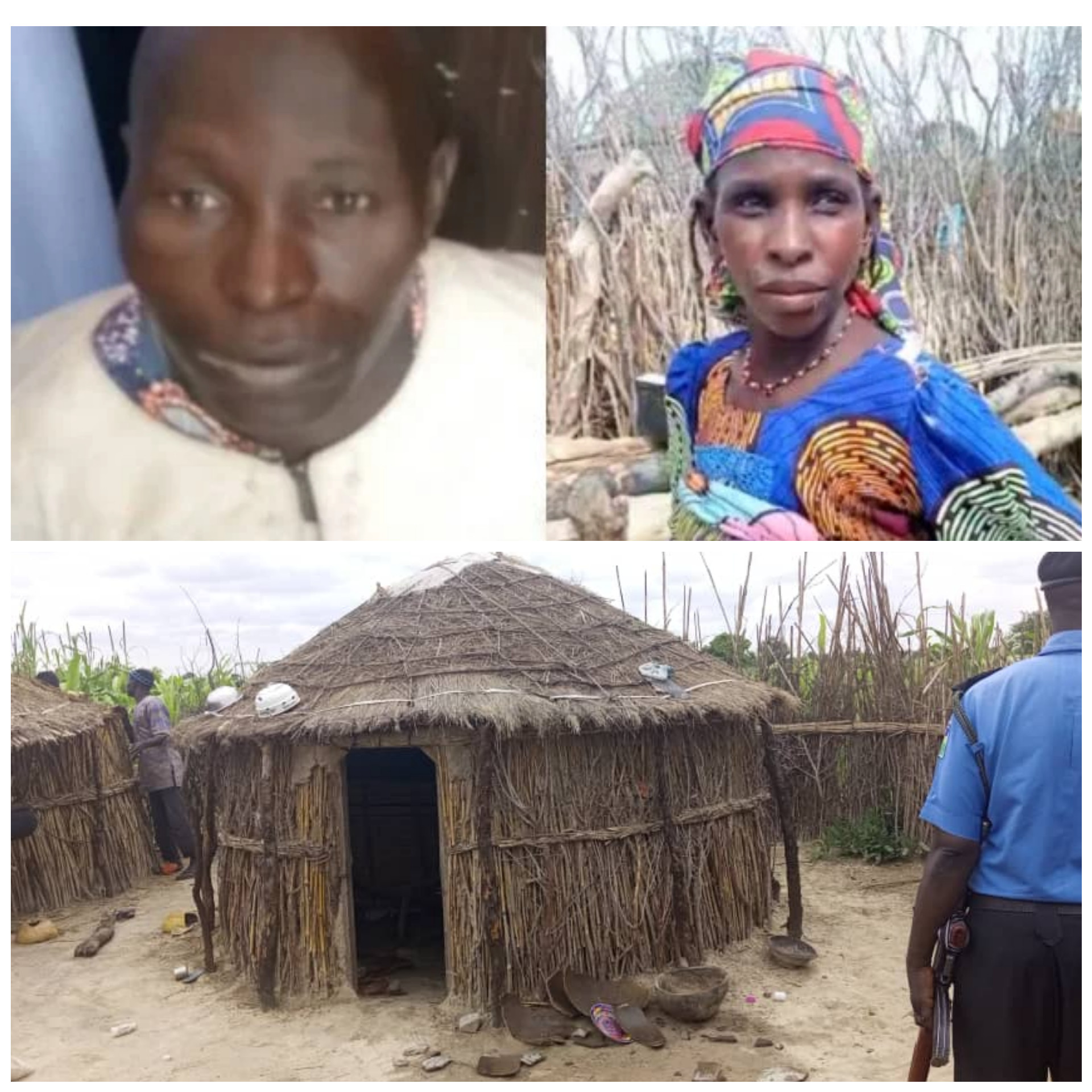 The suspects and hideout

Operatives of the Jigawa State Police Command in collaboration with a vigilante group, have arrested two suspected kidnappers and rescused a victim.

Spokesman of the command, DSP Lawan Shiisu Adam, who disclosed this in a statement on Sunday, August 28, said the suspects including a 30-year-old woman, were arrested in Ringim Local Government Area of the state.

“On 24th August, 2022, at about 0800hrs, Intel at our disposal revealed that, one Muhammad Sama’ila ‘m’ age 45yrs of Madari village, Warawa LGA, Kano State was seen with matchet cuts all over his body.

“On receipt of the information, a team of Policemen swung into action, visited the scene of crime and conveyed the victim to hospital

“While on admission  at hospital, after regained his consciousness, the victim revealed that, he was kidnapped on Tuesday 22nd, August, 2022, at about 0130hrs from Madari Village in  Warawa LGA of Kano State and taken to Nisan Marke Herdsmen.

“When he attempted to escape from the abductors, he was attacked by one of the kidnappers and inflicted injuries in his body.

“On the same date at about 0850hrs, a team of Policemen stormed the Area, where one of the kidnappers named Abdurrazaq Musa ‘m’ age 40yrs of Gurgunna village, Babura LGA, Jigawa State was arrested and the phone that belongs to the victim which was used for ransom negotiation was recovered in his possession.

“During interrogation, both the suspects were confessed to have abducted the victim with eight (8) other gang members. Effort to trace their accomplices is on top gear.

Meanwhile, the suspects have been handed over to the team of anti-kidnapping section, Kano State Police Command for discreet investigation.