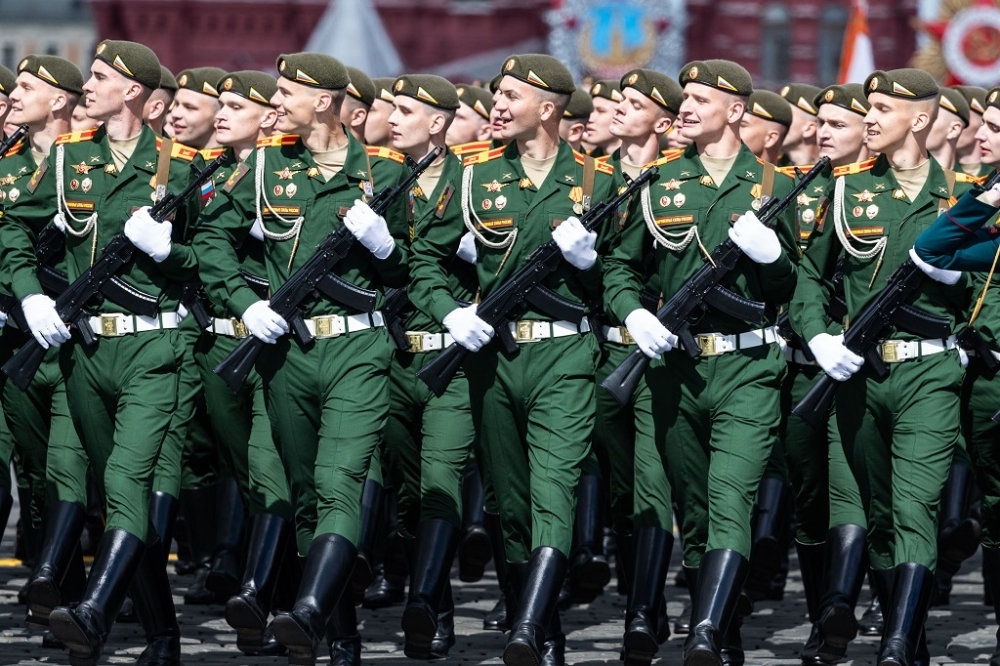 MOSCOW: Russia announced on Monday it would launch sweeping war games in the country’s east that will involve forces from China, another indication of increasingly close military ties between Moscow and Beijing amid tensions with the West over the war in Ukraine.

Moscow’s Defense Ministry said the Vostok 2022 (East 2022) exercise would be held from September 1 to 7 in various locations in Russia’s Far East and the Sea of Japan and involve more than 50,000 troops and over 5,000 weapons units, including 140 aircraft and 60 warships.

The drills will be conducted at seven firing ranges in eastern Russia and will engage troops from several ex-Soviet nations, as well as China, India, Laos, Mongolia, Nicaragua and Syria.

Units of Russian Airborne troops, long-range bombers and military cargo planes will take part in the drills, along with other forces.

As part of the maneuvers, the ministry said Russian and Chinese navies in the Sea of Japan would “practice joint action to protect sea communications, areas of marine economic activity and support for ground troops in littoral areas.”

The maneuvers reflect increasing defense ties between Moscow and Beijing, which have grown stronger since Russia sent its troops into Ukraine on February 24. China has pointedly refused to criticize Russia’s invasion, blaming the United States and the North Atlantic Treaty Organization for provoking President Vladimir Putin’s government, and has blasted punishing sanctions imposed on Moscow.

Russia, in turn, has strongly backed China amid the tensions with Washington that followed US House Speaker Nancy Pelosi’s visit to Taiwan on August 2. Speaking earlier this month, Putin drew parallels between American support for Ukraine and Pelosi’s trip to the self-ruling East Asian island, charging that both were part of alleged US efforts to foment global instability.

Russia and China have held a series of joint war games in recent years, including naval drills and patrols by long-range bombers over the Sea of Japan and the East China Sea. Last year, Russian troops were deployed for the first time to Chinese territory for joint maneuvers.

Even though Moscow and Beijing, in the past, rejected the possibility of forging a military alliance, Putin has said such a prospect can’t be ruled out. He has also said Russia has been sharing highly sensitive military technologies with China that helped significantly bolster its defense capability.