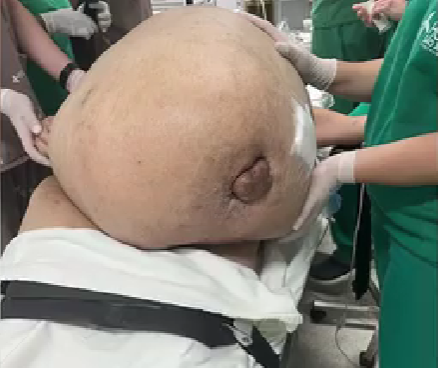 Doctors have removed a 100-pound tumour from a woman’s body that she had been living with for five years.

The Brazilian woman, who stood 4-foot-9 and weighed 330 pounds, had reported to the clinic after suffering from shortness of breath, allegedly caused by the massive tumour.

There, doctors discovered that her midsection harbored a tumor weighing 100 pounds — as much as a baby hippo and comprising nearly a third of her body weight. 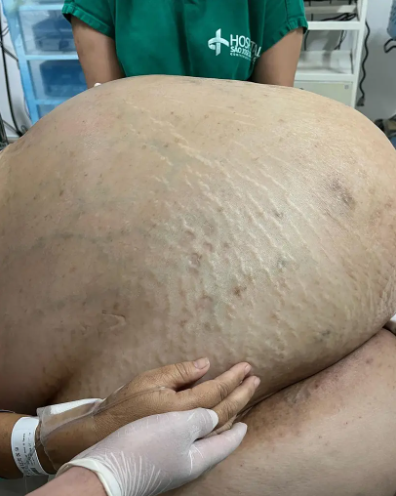 Surgeons removed the tumour in an operation that lasted 2 hours, giving the woman a new lease on life. 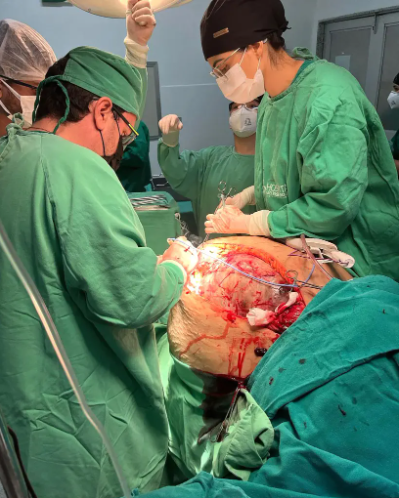 Photos of the tumour are currently blowing up on Facebook after Dr. Boechat shared them online. The photos depict the growth before and after extraction from the woman’s body.

“It is not every day you operate on a tumor of that size!” presiding surgeon Glaucio Boechat told Jam Press of the unprecedented procedure, which went down on Aug. 31 at the Hospital São José do Avaí in Rio de Janeiro. 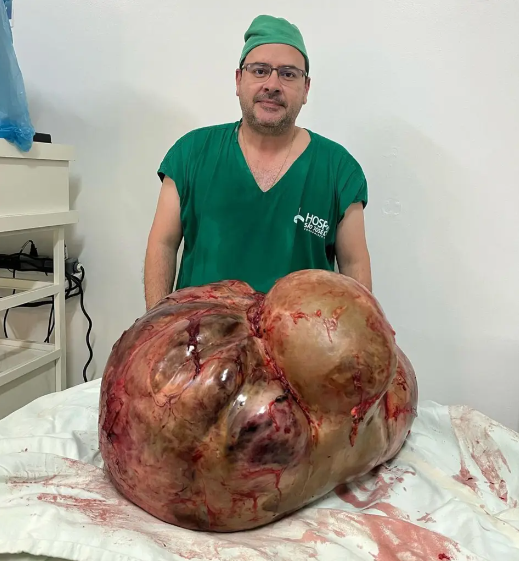 He added: “It was the biggest tumor I have operated on and certainly one of the biggest that anyone has ever removed.”

After a brief evaluation, the team decided to remove the titanic tumor immediately. 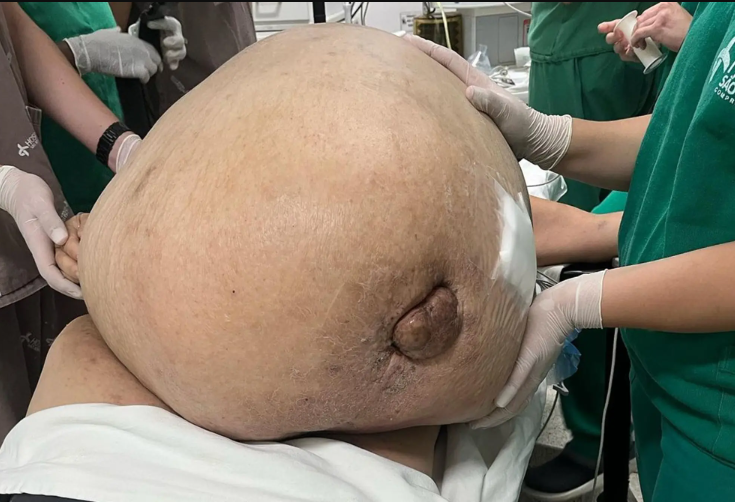 “There were about 13 or 14 people in the operating theatre,” Boechat described. “The whole hospital mobilized to perform the procedure for the patient.”

Two hours later, the tumour was extracted and the patient is “stable, and breathing without the help of any equipment,” according to the doctor.

Scientists speculated that the mass originated in the woman’s uterus but won’t know for sure until the results of the biopsy arrive in approximately 20 days, Jam Press reported.