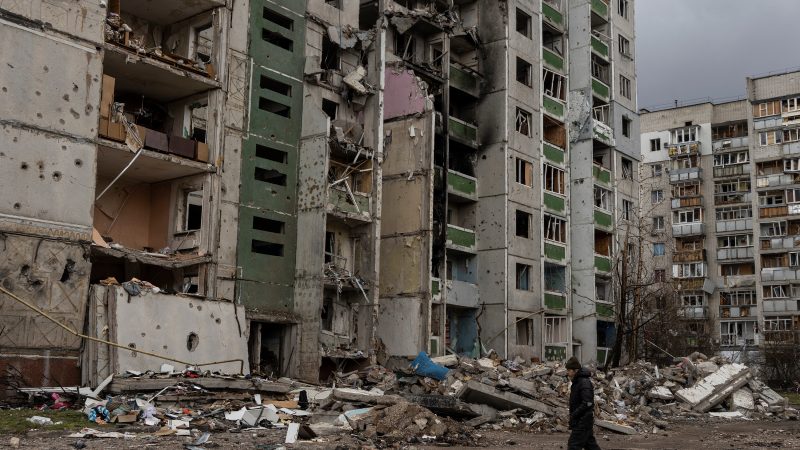 France’s TotalEnergies – the only Western oil company that still operates in Russia – allegedly produced gas condensate that was transformed into the jet fuel the Russian air force used to bomb Ukrainian cities, an investigation published on Wednesday (24 August) reports.

In its investigation “French cash, Russian fuel, Ukrainian blood”, the NGO Global Witness, partnering with the newspaper Le Monde, analysed data from the processing chain of a gas condensate produced in the Termokarstovoye oil field that TotalEnergies has been operating with Russian company Novatek since 2015.

The data provided by Refinitiv shows that some of the gas condensates passed through for processing at Novatek’s Purovsky plant, continued to GazpromNeft’s Omsk refinery, and was then shipped as jet fuel to Su-34 fighter-bomber military bases in Morozovsk and Voronezh, near the Ukrainian border.

It is precisely these aircraft that international experts and the Ukrainian government claim were behind the bombing of the cities of Chernihiv, Mariupol and Kharkiv. These attacks resulted in the deaths of hundreds of civilians.

For example, one of the planes transporting bombs came from the Morozovsk or Voronezh bases, Turkish military expert Arda Mevlutoglu revealed on 5 March on Twitter, two days after the Chernihiv bombings. Even the Russian defence ministry published a video in June showing Su-34 planes taking off from the Voronezh base.

In the wake of these allegations, Amnesty International and Human Rights Watch called on the International Criminal Court and the UN to investigate the Chernihiv attacks of 3 March.

TotalEnergies was quick to defend itself in a statement published the same day the allegations were made.

On making profits from the sale of jet fuels to the Russian army via this joint venture, TotalEnergies said it had stopped receiving dividends from Terneftegaz in February of this year – just before the war started.

On 22 March, the French company also said it was not operating “any oil or gas fields, or liquefied natural gas (LNG) plants in Russia.”

TotalEnergies is a “minority shareholder in various private Russian companies […] managed by its own staff with a limited number of secondees” – 11 people in total – it added.

But such arguments no longer hold water, according to Louis Goddard, the head of investigations at Global Witness, who points to the evidence being overwhelming.

Goddard is thus calling on the company to “play fair”.

Large French companies are obligated by law to report on the human rights and environmental practices of their suppliers, customers and overseas subsidiaries, a law from 2017 states, reminded Le Monde.

But allegations against TotalEnergies do not end there.

Total’s trading subsidiary also shipped 1.4 million barrels of Russian crude oil to Rotterdam on the night of 8-9 March, data provided by the Anti-Corruption Data Collective to Global Witness shows – and this despite company management assuring it would stop such operation at the start of the war in Ukraine.

TotalEnergies is the only Western oil company that still operates in Russia. It argues that sanctions against the country make it impossible to sell its holdings to non-Russian buyers – even though there are no sanctions on Russian gas.

TotalEnergies says it has put all of its commercial developments in Russia on hold, notably in batteries and lubricants.