ukraine rallies in the end tops estonia 74 73 at eurobasket 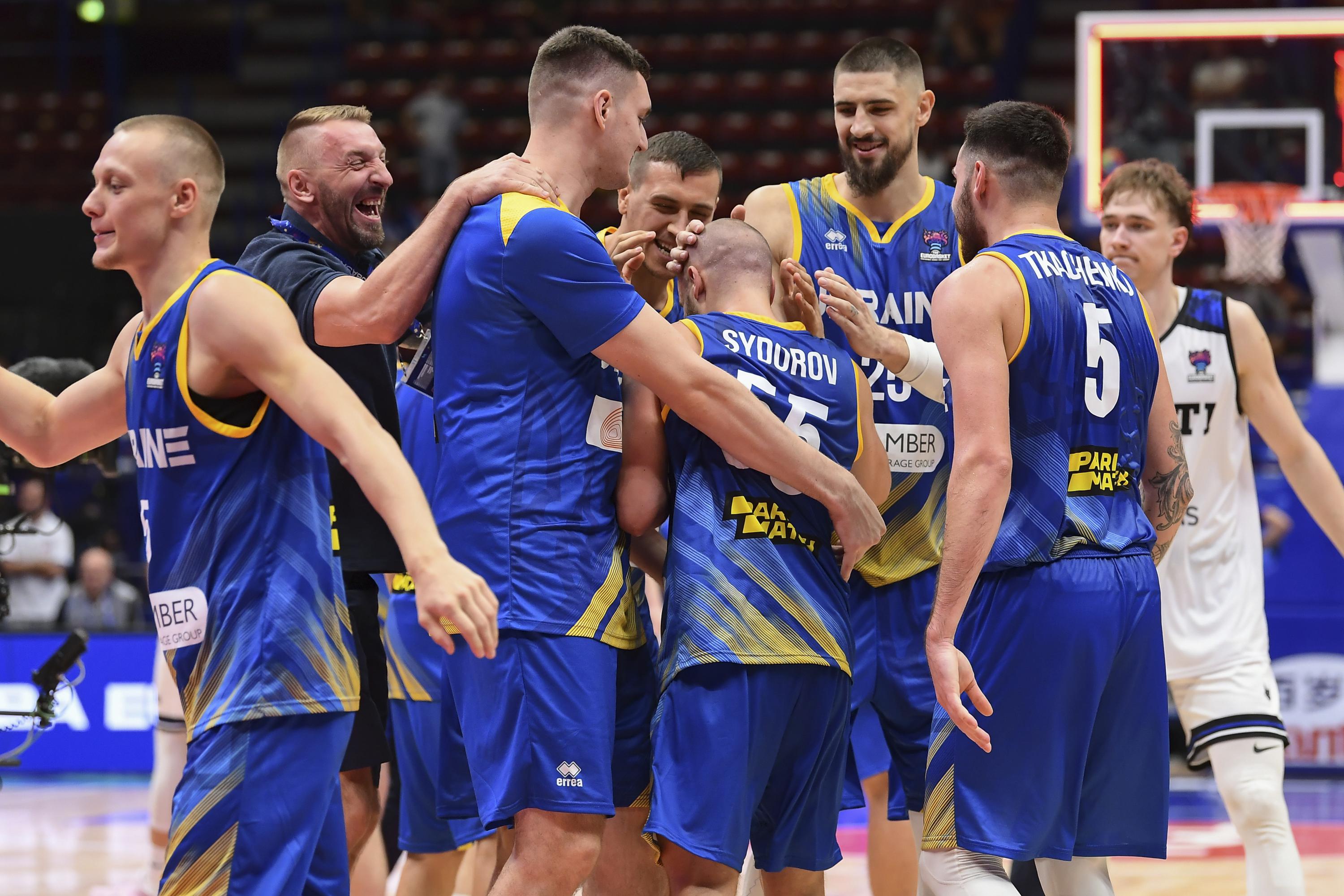 MILAN (AP) — Ukraine held the lead for all of 55 seconds in its EuroBasket game against Estonia on Saturday.

They were the final 55 seconds.

Illya Sydorov’s layup gave Ukraine its first lead of the game, and the war-torn nation’s team moved to 2-0 in the European championship tournament by topping Estonia 74-73 in a Group C matchup.

“It’s a super important game for us,” Sydorov said. “The main goal, why we get this win, is because we fight until the end and we stayed together for all four quarters.”

It was a massive victory for Ukraine, which has its three toughest games of Group C play — against Croatia, Italy and Greece — still looming.

But it’s likely that Ukraine already has done enough to earn a spot in the second round, regardless of what happens in those three remaining contests.

And that is an enormous lift for a team carrying the weight of representing a country that has been devastated by the war that Russia started by invading nearly seven months ago.

“Our main goal was to beat Great Britain and Estonia,” Sydorov said. “We all understand the main part was to win both games, and we did, and we’re very happy about it.

Giannis Antetokounmpo had 25 points and 11 rebounds, Tyler Dorsey scored 23 and Greece (2-0) held off a furious rally by Italy in the final minutes.

But Italy’s comeback stalled there. The Italians missed two potentially game-tying 3-pointers in the final 7 seconds and Dorsey made a free throw with two-tenths of a second remaining to seal the win.

Croatia outscored Great Britain 35-9 in the third quarter, building a 35-point lead, and cruised to a win.

Bojan Bogdanovic, Dario Saric and Ivica Zubac each scored 15 for Croatia (1-1), while Mario Hezonja finished with 13 points and 10 rebounds.

At Cologne, Germany, Luka Doncic had an easy 20 points on 8-for-11 shooting and defending EuroBasket champion Slovenia (2-0) never trailed.

Klemen Prepelic had 14 points and four players — Edo Muric, Jaka Blazic, Ziga Dimec and Vlatko Cancar — each had 11 for Slovenia, which led by as many as 30 points.

France rallied from a 13-point deficit and took the lead for good on Evan Fournier’s 3-pointer with 3:08 remaining.

Fournier led all scorers with 27 points for France (1-1).

Jonas Valanciunas scored 15 for Lithuania (0-2), which got 14 from Rokas Jokubaitis, 13 from Marius Grigonis, 12 from Ignas Brazdeikis and nine rebounds from Domantas Sabonis.

Germany used an 18-0 run spanning the second and third quarters to erase what was an 11-point deficit and take the lead for good.

Franz Wagner and Dennis Schroder each scored 18 for Germany (2-0), which got 14 points from Johannes Thiemann and 13 from Andreas Obst.

Kendrick Perry scored 19 and Vladimir Mihailovic added 14 for Montenegro, which survived getting outscored 20-8 in the fourth quarter.

Retin Obasohan led all scorers with 25 for Belgium, and Manu Lecomte scored 10.

Spain used 12 players; nine of them had at least seven points.

Elias Valtonen scored 12 for Finland. Mateusz Ponitka and Michal Sokolowski each had eight points for Poland.

Two-time reigning NBA MVP Nikola Jokic scored 18 points and grabbed 11 rebounds, and Serbia (2-0) led by as many as 23 in its win over the Czech Republic (0-2).

Vit Kerjci and Vojtech Hruban had 13 points apiece for the Czech Republic.

Deni Avdija scored 21 points, Yam Madar added 14 and Roman Sorkin had 10 for Israel, which prevailed despite shooting only 39%.

Group A and Group B are in action, while Group C and Group D get the day off.

In Group A, Bulgaria meets Montenegro, Spain faces Belgium and Turkey plays Georgia. In Group B, Lithuania squares off with Germany, Slovenia plays Bosnia and Herzegovina, and France meets Hungary.