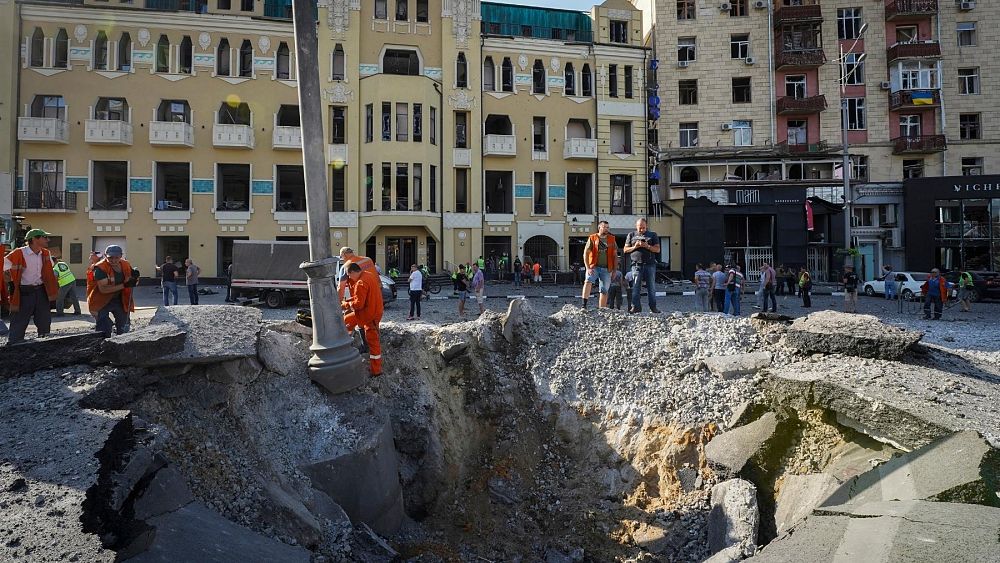 Russian forces fired missiles and artillery on Ukrainian-held areas across the river from Europe’s largest nuclear power plant, authorities said Saturday as concern persisted about safety at the Russian-controlled plant after it was temporarily knocked offline.

Grad missiles and artillery shells hit the cities of Nikopol and Marhanets, each about 10 kilometers and across the Dnieper River from the Zaporizhzhia nuclear power plant, said Valentyn Reznichenko, governor of Ukraine’s Dnipropetrovsk region.

Russian forces occupied the nuclear plant complex early in the war in Ukraine, and Ukrainian workers have kept it running. Each side has repeatedly accused the other of shelling the complex, raising fears that the fighting could trigger a catastrophe.

Authorities began distributing iodine tablets Friday to residents who live near the plant in case of a radiation leak. The move came a day after the plant was temporarily knocked offline because of what officials said was fire damage to a transmission line.

The UN‘s atomic energy agency has been trying to send a team in to inspect and help secure the plant. Officials said preparations for the visit were underway, but it remained unclear when it might take place.

Ukraine has claimed Russia is using the power plant as a shield by storing weapons there and launching attacks from around it. Moscow, for its part, accuses Ukraine of recklessly firing on the nuclear complex.

Elsewhere in Ukraine, one person was killed and another wounded in Russian firing in the Mykolaiv region, local government officials said. Mykolaiv city is an important Black Sea port and shipbuilding center.

The governor of the eastern Donetsk region, Pavlo Kyrylenko, said Saturday that two people were killed in Russian firing on the city of Bakhmut, a significant target for Russian and separatist forces seeking to take control of the parts of the region they do not already hold.