us russia to buy rockets artillery shells from nkorea 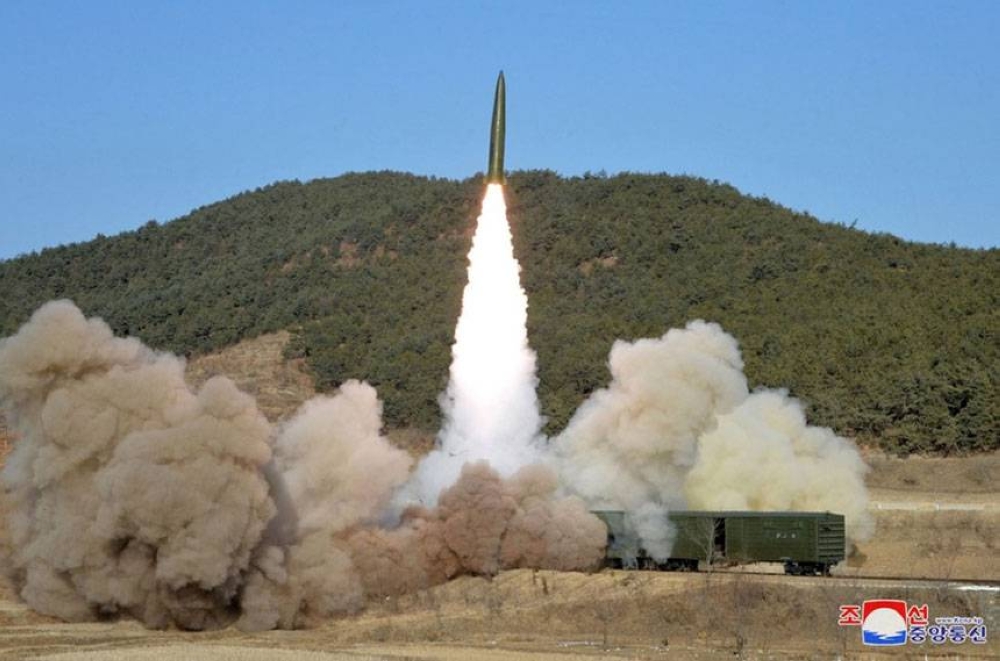 WASHINGTON, D.C.: Russia’s defense ministry is about to purchase millions of rockets and artillery shells from North Korea for its ongoing invasion of Ukraine, according to a newly downgraded United States intelligence finding.

A US official, who spoke on condition of anonymity to discuss the finding, said on Monday (Tuesday in Manila) that the fact Moscow was turning to Pyongyang demonstrated that “the Russian military continues to suffer from severe supply shortages in Ukraine, due in part to export controls and sanctions.”

US intelligence officials believe the Russians could look to buy more North Korean military equipment in the future. The US official did not detail how much weaponry Russia intends to purchase.

The finding, first reported by The New York Times, comes after US President Joe Biden’s administration recently confirmed that the Russian military in August accepted the delivery of Iranian-manufactured drones for use in Ukraine, which it later found to have technical problems.

North Korea has sought to tighten relations with Russia as much of Europe and the West has pulled away, blaming the United States for the six-month conflict and decrying the West’s “hegemonic policy” as justifying Moscow’s military action in Ukraine to protect itself.

In July, North Korea became the only nation aside from Russia and Syria to recognize the independence of those territories, Donetsk and Luhansk, further aligning with Russia over the Eastern European conflict.

The recognition comes as the Biden administration has become increasingly concerned about Pyongyang’s renewed pursuit of manufacturing nuclear weapons.

North Korea has test-fired more than 30 ballistic missiles this year, including its first flights of intercontinental ballistic missiles since 2017, as leader Kim Jong Un pushes to advance his nuclear arsenal despite US-led pressure and sanctions.

Washington has frequently downgraded and unveiled intelligence findings over the course of the war in Ukraine to highlight plans for Russian misinformation operations or to throw attention on Moscow’s difficulties in prosecuting the war. Ukraine’s smaller military has put up stiff resistance against the more superior Russian forces.

Russian President Vladimir Putin and Kim have recently exchanged letters in which they both called for “comprehensive” and “strategic and tactical” cooperation between the countries.

Moscow, for its part, has issued statements condemning the revival of large-scale military exercises between the US and South Korea this year, which North Korea views as an invasion rehearsal.

Russia, along with China, has called for the easing of United Nations sanctions imposed on North Korea over its nuclear and missile tests. Both countries are members of the UN Security Council, which has approved a total of 11 rounds of sanctions on the North since 2006. In May, Russia and China vetoed a US-led bid to impose new economic sanctions on Pyongyang over its high-profile missile tests this year.

Some experts say Kim is likely to bolster his resolve to retain his nuclear weapons because he may think the Russian attack happened because Ukraine had signed away its nuclear arsenal.