Valencia have completed the signing of veteran striker, Edinson Cavani on a free transfer, the Spanish club have announced.

The Uruguay star left United this summer after he wasn’t offered a new deal.

On Monday, August 29, Canavi signed a two-year contract with the Spanish side, rejecting interest from Boca Juniors and Villarreal to join Los Che. He will earn around €2 million per season in La Liga.

Cavani arrived on Monday afternoon to Valencia and talked to the local media before passing medical exams with club doctors and signing his new deal. 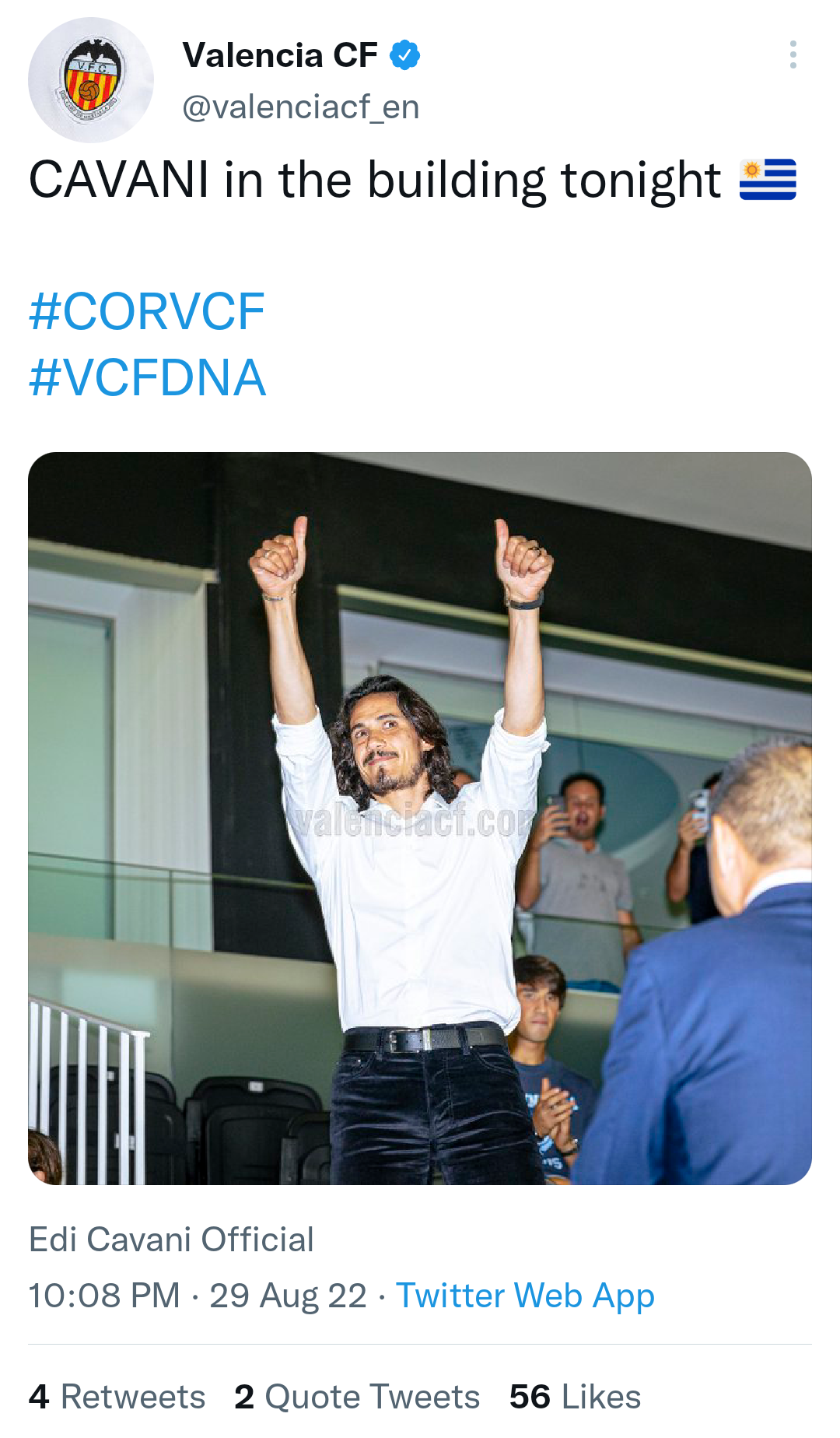 “I am happy to be here. I wanted to play in Spain and Valencia were willing to bet on me,” Cavani said.

“I like to be where I’m wanted, where I’m loved because you live off the strength of the fans and the club’s love.

“I talked to coach Gennaro Gattuso and Valencia have given me a lot of confidence, so I hope I can give them my best and leave a good image here