we have to become deliberate about gender mainstreaming 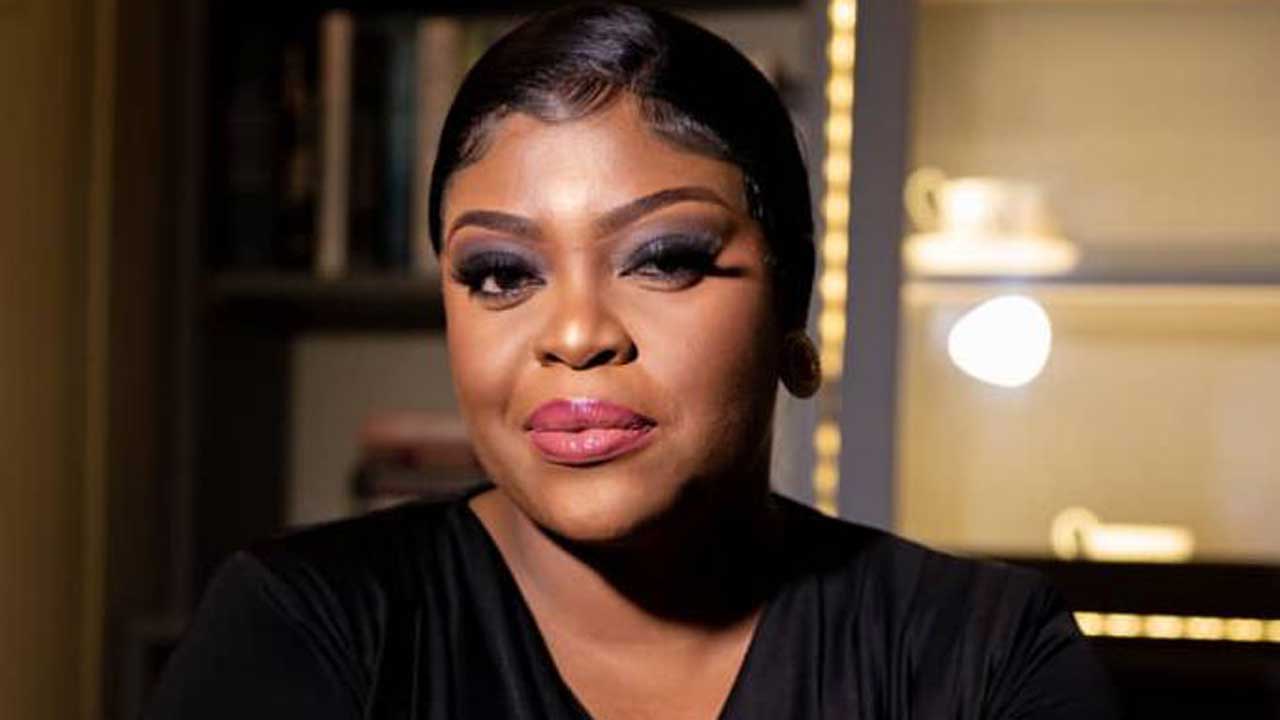 Adaora Onyechere is a Nigerian broadcast journalist, gender equality & women’s right advocate, and politician. Having worked in the broadcast industry for over 10 years, she’s one of the most widely recognised faces on television in the country.

She currently hosts her own TV show, Gender Agenda, an interactive 30 minutes programme on women’s issues and policy literacy, cutting across various sectors in Nigeria and airing exclusively on Africa Independent Television (AIT).

Adaora began her career as a student broadcaster at Coventry Student Radio, and then went ahead to work for Channel 4 in London and BEN Television London as editor and anchor of the African Film Review. She moved back to Nigeria in 2009 to take up her first broadcasting role as a radio presenter with Confluence Cable Network Limited, before moving to the Federal Radio Corporation of Nigeria (FRCN), then Vision FM and DAAR Communications. From 2010 to 2018, Adaora co-hosted the network TV Talk Show, Kaakaki, the African Voice on AIT.

A strong Advocate for Women in Politics in Nigeria, Adaora is the Chairperson of Elect-Her Agenda35 Advisory Council, a non-profit organisation addressing the under-representation of women in politics, by democratising politics for women to Decide, Run and Win elections across in Africa. She is also the Head, Women Affairs & Gender Cluster Committee Africa Union ECOSOC Nigeria, where she spearheaded the launch of several intervention programmes that seeks inclusion for women across sectors, including the African Union Financial Inclusion Project Decade 2020 – 2030, in partnership with the Ministry of Women Affairs and adopted by the Nigerian Federal Government, through the Presidency in March 2020.

Founder & Executive Director of Gender Strategy Advancement International (GSAI), a leading NGO in Nigeria on gender inclusion advocacy & research. Adaora is a fellow of the Institute of Public Administration of Nigeria, Mentor YALI RLC West Africa, Member International Public Relations Association among others. She holds a BA in English Language and Broadcasting from Guildhall University, London, Masters in Global Affairs and international Relations from The African School of Diplomacy and International Relations, South Africa. She also bagged a Diploma in Law from Irwin College Leicestershire, London.

In this interview with FLORENCE UTOR, she spoke on issues around gender equality; women empowerment and her desire so see women actualise their dreams, especially in leadership.

Gender equity, gender equality and women empowerment, what are they all about?
Gender equality means that an individual’s rights, responsibilities and opportunities will not be determined by the sex they are assigned to at birth. What that means is that a girl has a right to go to school and should not be limited from going to school, because of her assigned gender role such as marriage, bearing and raising children.

Gender equity on the other hand demands for the equal treatment of boys and girls, men and women, and non-binary people as it concerns their legal rights, benefits, obligations, and opportunities. Today, all Americans of any gender, race, sexual orientation, religion etc have the right to vote, the right to free speech, the right to bear arms, and many other rights.

Under the law, all Americans (male and female) have gender equity or equal treatment in the sense that nobody can be legally denied their rights. For a woman to be denied her legal rights based solely on the bases of her gender, that is gender inequality and an infringement on women’s right.

Gender equity states that the individual who is historically the most unfairly treated and marginalised, should be given more and better opportunities than the gender enjoying the perks of living in a gender biased society. This brings us to women empowerment, which simply means to have agency over one’s life and equal opportunity to participate in society. It is also the process by which women gain influence and equal opportunity to pursue personal, social, political and economic endeavors, engaging in all parts of society on the same basis as men.

This process of self-empowerment for a woman can be by going to school, learning a new language, travelling the world, participating in politics, learning a new vocational skill, immigrating, learning financial literacy and investing in properties, bonds, ETS and stocks. It could be as simple as opening a bank account or as hard as starting and growing a business or more. Every woman needs to be self-empowered and supported to thrive. Encouraging society to reexamine laws and norms that affect women can also empower them.

With all the issues on ground, how can Nigeria build an inclusive society?
Attaining gender inclusivity is everyone’s business; Nigeria is all of us and as such, we cannot afford to leave the conversations to women alone. Gender inclusivity, in its truest sense, is a necessary foundation to achieving a peaceful, thriving, and sustainable world. It is imperative that all stakeholders – men, women, educational institutions, corporate organisations, religious bodies, and government — get involved. We have to become deliberate about gender mainstreaming and having the political will for policy implementation and passage of relevant laws to make the lives of Nigerian women better.

The Indigeneship Bill, which is a proposal that seeks to allow women to take up the indigene of their husbands’ state, after five years of marriage, was rejected and finally, the proposal to enact a law that provides for citizenship by registration for foreign spouses of Nigerian women was rejected. So, a Nigerian woman cannot transmit their nationality to their foreign husbands as applicable to their male counterparts. But in America, an American woman who is married to a Nigerian man can transmit to her citizenship to her husband and children.

Ab initio, these five gender bills were all rejected. How can a nation be inclusive when the constitution is rigged against the woman?
It took mass protest by Nigerian women for months for the 9th Assembly to reconsider only two of the bills; the Citizens Bill and the Indigenship Bill, which, however, still does not equate to the disadvantage of stepping down the bills that disenfranchises women in policy making and leadership. In recent times, gender equality has been an issue of global advocacy. Development experts have said that gender equality is the bulwark towards an inclusive society. This point is emphasised in the United Nations Sustainable Development Goals (SDGs) 5 that advocates for the empowerment of girls and women and the eradication of all forms of discrimination against the female gender.

At the centre of this advocacy for gender equality is the issue of women’s participation in politics and Nigeria is a far cry from achieving this, even in the next coming elections of 2023, until a deliberate effort engineered through political will is made.

Why is it important to take gender concerns into account in programme design and implementation?
I think that this is absolutely speaking to the obvious. Taking gender concerns into account when designing and implementing population and development programmes is critical for two reasons: Firstly, there are differences between the roles of men and women; differences that demand different approaches. Secondly, there is systemic inequality between men and women and the more marginalised of these two groups are women.

Women are not accorded equal status with men in practically all countries of the world. Compared with men, women have very limited opportunities in most spheres of political, economic and social activities, which demand an emergent consideration of inclusive programme design.

Therefore, everyone must consider it. No family, no husband, no son, no male partner, no corporate organisations, no civil society, no government and no woman should infringe on the fundamental rights of another woman solely on the basis of her gender.

It has been argued that the best way to solve a problem is to eliminate or resolve its root cause. How can this be translated into promoting gender equality in daily lives?
To promote gender equality, we must start from the home front. Like the saying goes, charity begins at home, but I will rather say that charity is the making of the home for without the home and it’s enabling foundation in how boys and girls are raised to think and behave equitably, the root cause of gender inequality will never be fully addressed and the issues will not be dealt with in a sustainable way.

What are the issues fuelling gender inequality and how can we break free?
Gender inequality is being fueled today by patriarchy, misogyny, injustice, political rascality, insecurity, greed and mis-education. We can break free by positively channelling our collective anger as women in demanding our rights through peaceful demonstrations, empowering more women at the grassroots level, media advocacy, teaching gender rights, reporting gender crimes amongst others. We can break free if the government truly has the political will to do so; the political will to make new laws and to implement them.

Could you share with us some major challenges stunting gender equality in Nigeria and how to navigate it?
The major challenge stunting gender equality in Nigeria is a lack of policy implementation and progressive policy review. It is corruption and the inability to rethink our budgeting strategy to include women’s core needs and address poverty at the roots. This financial exclusion leads to a lack of women’s participation in policy making, politics, leadership, education and breaking the barriers that limits them.

As a passionate gender advocate over the years, what has been the impact of your organisation in changing the narrative?
Our impact as a gender- based advocacy organisation has been significantly progressive. We have been dedicated to changing the stereotypes against women in the media, championing the reorientation on gender identities, building conversations between women and policy makers and bridging the gap of visibility on women’s issues.

We have been in the background, empowering women to discover their strengths, skills and develop their self-esteem. We have been building mentorship networks for young girls and pushing them to dare to dream, but most importantly, we have been holding the government accountable for it’s lacking efforts and complicity towards gender mainstreaming.

What does this advocacy for gender equality and inclusive society hold for you as an individual?
For me, gender as it functions today is a grave injustice. I am angry; we should all be angry. Anger has a long history of bringing about positive change. Gender Advocacy for me is faith; faith in what can be rather than what is. It is faith in myself as a Nigerian woman and faith in every other woman I meet everyday. Gender Advocacy is one of my greatest life work. My rights as a woman depend on it and I won’t stop advocating for gender equality.