why the g7s price cap on russian oil has limits 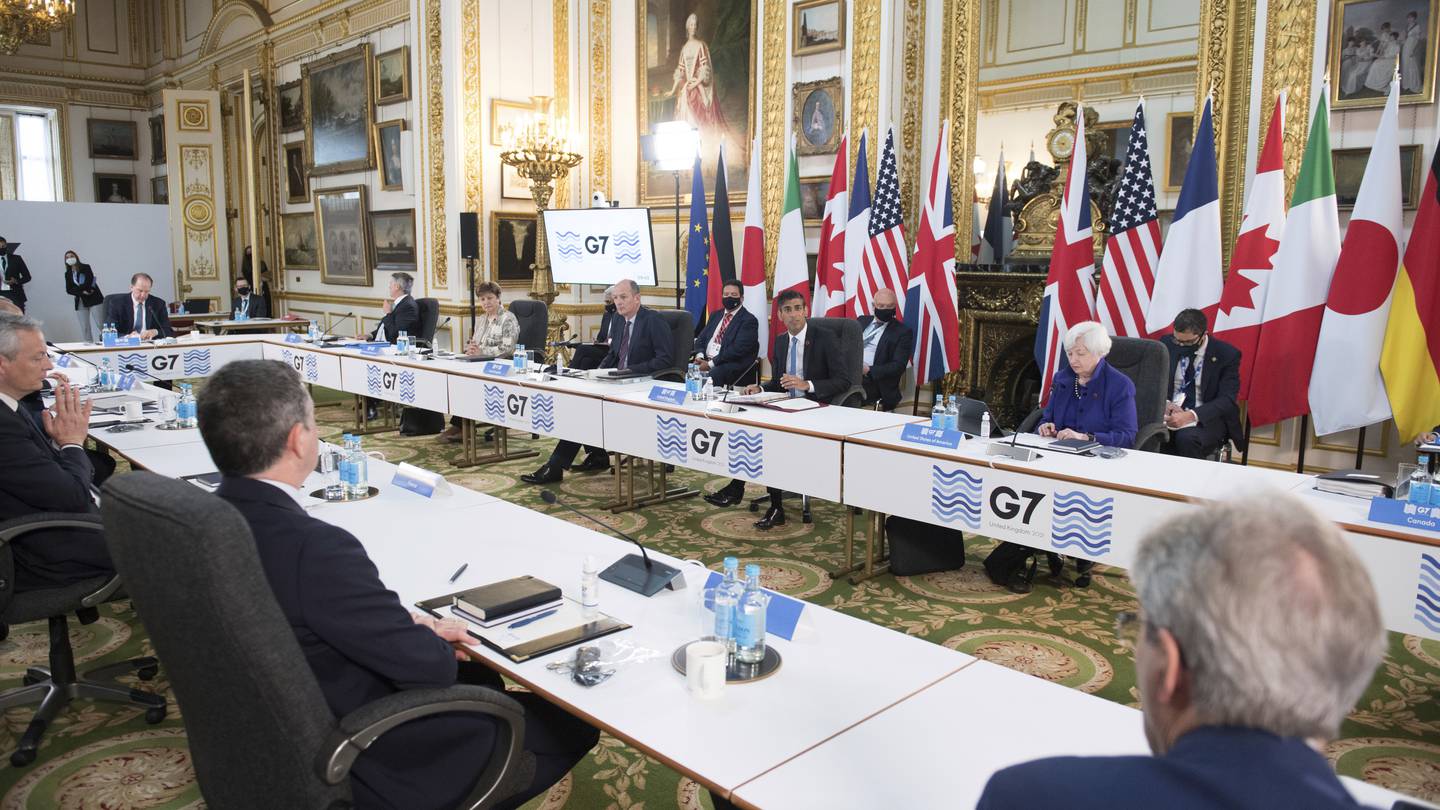 It is an audacious plan, not even tried at the height of the 1973-4 oil embargo. On Friday, after months of discussions, the G7 countries agreed to introduce a price cap on Russian oil. Moscow, a member of Opec+, could now find itself confronted by a buyer’s cartel.

The US Treasury’s assistant secretary Ben Harris explained the goals as follows: the G7 countries will use their dominance over shipping and insurance to block Russian oil sales that do not abide by the price cap. Oil will flow, keeping world prices moderate, but the limit, set a little above Russia’s estimated production costs, will prevent it from realising substantial revenues. Or, more accurately, we should say “caps”, since there will be three: for crude oil, and low- and high-value refined products.

The G7 has not decided on the level of the price caps yet – average Russian crude production costs are around $35 per barrel. It will encourage non-G7 states to join in too, with the carrot of lower oil procurement costs, and the stick of measures against oil trading and transport.

So what happens now? If Russia outright refuses to sell to countries implementing the price cap, as it has threatened, then the price cap simply reduces to the ban on Russian oil already introduced by the US and UK and due to be implemented by the EU in December.

Then the effect depends on how much appetite and logistic ability there is from India, China and other Asian consumers to buy Russian oil, probably at a substantial discount. Middle East and Asian refiners can use Russian crude and sell the products back to Europe, watering down the impact of the cap while collecting attractive profits.

Or, Russia reluctantly continues selling, on the basis that, say, $35 per barrel is worse than the current world market level of $93 but better than $0, and India, though likely not China, joins in the price cap scheme to ensure a supply of cheaper oil.

In either case, the problem with the scheme is that it makes buying Russian oil hugely profitable. The lucky refiner who secures supply pays $35 per barrel and can sell the products to European or any other consumer at $93 per barrel plus the refining margin.

Zealous enforcement of the shipping, insurance and financing sanctions would create tensions between the West and Asian countries. As with Iranian and Venezuelan crude, traders will step in to disguise the origin of cargoes, swapping tankers on the high seas, or blending them with other crudes. Or, some countries and ship operators will chose to risk inadequate insurance, or find a way to provide their own. The potential profits are colossal: of the order of $130 million for a single tanker load, more than the cost to buy the ship itself.

So who gets the benefit of buying this very cheap Russian oil? The Kremlin can allocate it tactically, as Saddam Hussein did under the “oil for food” programme, to geopolitical allies, or as a bribe. The pro-Russian corruption that riddles Europe and the United States will worsen tenfold. Or, companies can pay the difference under the table, or via side-deals — agreeing say to take overpriced Russian metals or old tyres in return for an oil allotment.

The target is also odd — and surely dictated by political imperatives in the US. The energy crisis in Europe centres on gas and electricity, rather than oil. Brent crude oil prices, around $93 per barrel on Friday, are not particularly high by historical levels, and have fallen back significantly since their March high of $139 per barrel.

Moderately high oil prices should be countered in the course of the next couple of years by a rise in US output and growth in non-oil technologies, notably electric vehicles, which are a centrepiece of environmental policies both in Brussels and Washington.

Oil is a financial necessity for Mr Putin; gas is strategic. From the war’s start to June 3, Russia was estimated by Finland’s Centre for Research on Energy and Clean Air to have earned €59 billion ($58.7bn) from exporting oil, versus just €29bn for gas. Despite very high prices, gas earnings will have fallen further since then as export volumes to Europe have dwindled and Russia has no accessible alternative markets.

Coinciding with the price cap news, Gazprom announced it had shut down the Nord Stream I gas pipeline to Germany because of an oil leak on the final working compressor, and implied that sanctions prevent it from being repaired currently. This highlights that the real squeeze on Europe ahead of an ominous winter is on supplies of gas, not oil.

These factors make it all the less explicable why the price cap policy has come so far. There is a much better option: allow the rent from overpriced Russian oil to be captured by governments rather than shady intermediaries.

A stiff mandatory tariff on Russian imports — say, $60 per barrel — would achieve the same goal as the gap, and create a strong incentive for India and others to participate.

The same could be applied to Russian gas by Europe, since it has nowhere else to go, and would call Gazprom’s bluff.

The US Treasury Secretary Janet Yellen supported a tariff back in May, but apparently dropped the idea in favour of the price cap after European opposition. The EU’s problem is that pro-Kremlin Hungary would probably veto such trade measures, which require unanimous approval under the bloc’s rules. But this reinforces the impression, as with so much else about this conflict, that European power brokers have not tried hard enough.

Market structures can be changed. Market forces, by contrast, cannot be ignored. The US and EU have already squandered half a year blundering around the price cap idea, and still have not managed to define it. They now have a last chance to put forward an actual, workable scheme that harnesses the market instead of trying to hobble it.

Robin M. Mills is CEO of Qamar Energy, and author of The Myth of the Oil Crisis